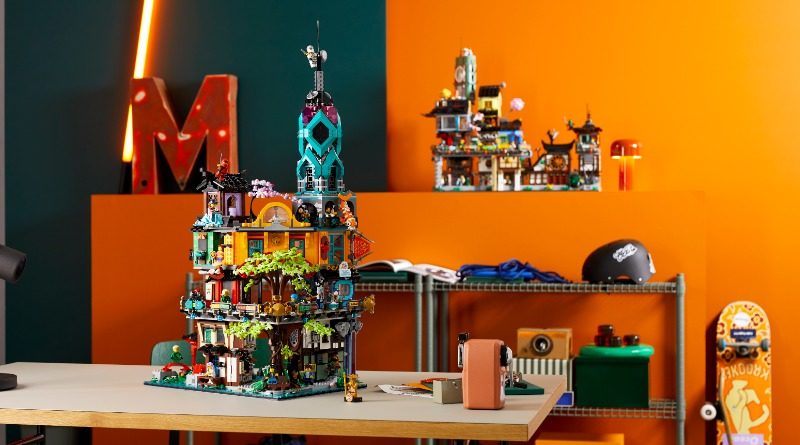 Take a closer look at the newly-revealed LEGO 71741 NINJAGO City Gardens in our full gallery of brand new images.

The LEGO Group has just announced its latest NINJAGO Legacy set, and it’s a whopper. Taking its cues from 70620 NINJAGO City and 70657 NINJAGO City Docks, the 5,685-piece model is set over three floors, and connects in true modular building fashion to those two long-retired sets.

Alongside the official reveal – which includes the price you’ll have to pay for the enormous expansion, across the UK, Europe and the US – the LEGO Group has unveiled a bounty of images for the NINJAGO set, which celebrates the 10th anniversary of the long-running theme and its accompanying TV show.

Check out the full gallery below:

You’ll be able to order 71741 NINJAGO City Gardens from LEGO.com (or pick it up in LEGO Stores, where they’re open) on February 1. According to the Canadian consumer catalogue, early VIP access to the set is also due to begin today, but the LEGO Group hasn’t yet confirmed whether that is still the case.

For a closer look at the minifigures included in 71741 NINJAGO City Gardens, click here. It’s not the only NINJAGO Legacy set launching this year, though – nine are already available, while two more will follow in June. For more on how the LEGO Group is celebrating the theme’s 10th anniversary, including some intriguing clothing collaborations, click here.