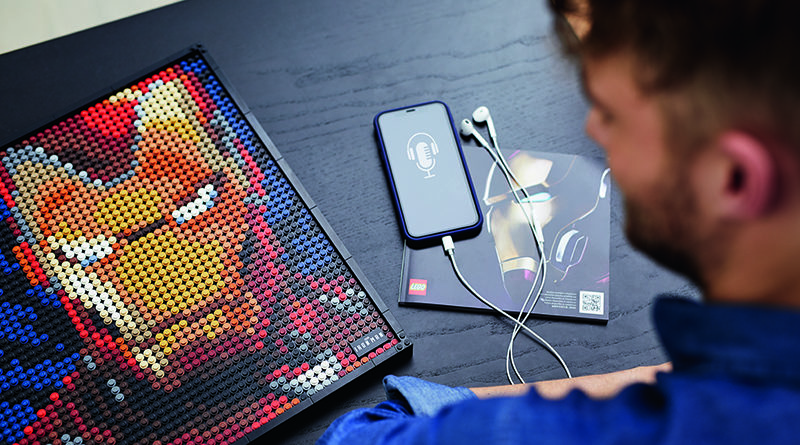 I was ready to overlook LEGO Art, the new theme has been announced and will allow fans to build mosaics that hang on the wall. The rumours were floating around that a new mosaic theme was on the way. Yawn. I didn’t see any appeal. If I am going to hang a LEGO mosaic on my wall, I want something bespoke, that either I have put together myself or had a talented fan design for me. Why would I want a generic LEGO image on display?

Then I saw these things and changed my mind. They look excellent. 31197 Andy Warhol’s Marilyn Monroe, 31198 The Beatles, 31199 Marvel Studios Iron Man and 31200 Star Wars The Sith all look worthy of display. It’s something different that appeals.

31197 Andy Warhol’s Marilyn Monroe offers all of the vibrancy expected from a piece of pop art, 31198 The Beatles has a wonderfully moody vibe thanks to the muted colour palette, while 31199 Marvel Studios Iron Man and 31200 Star Wars The Sith offer nice representations of those beloved characters.

As someone who would favour the Stones over The Beatles, that set doesn’t hold a great deal of appeal for me – a relief, as it would look odd not to have all four of them nicely lined up. 31197 Andy Warhol’s Marilyn Monroe is a set that definitely has charm, but it is 31200 Star Wars The Sith that absolutely jumps out at me.

The drawback to this theme is the price. At £114.99, buying one is quite a purchase. But buying three Star Wars sets or three Iron Man sets allows bigger pictures to be built. That means to have those impressive large mosaics on display, fans will have to pay £345, or to have all four Beatles £460.

I will be laying that much money down though for three copies of 31200 Star Wars The Sith, as it is the large Darth Vader that had me sold on this. The three individual Star Wars images are nice, but it is that tall one that absolutely jumped out at me. Having the imposing Sith Lord looming in the LEGO space will really tie the room together. If I were a bigger Iron Man fan, I’d need three of 31199 Marvel Studios Iron Man – that image also looks particularly impressive.

Some will be willing to shrug and suck up the price tag on these sets, but for many it will prove a barrier to entry. With the many incredible models already released this year – 21322 Pirates of Barracuda Bay, 10273 Haunted House and 75275 A-wing Starfighter to name just three – it is impossible to buy everything, and those actual models will always hold more appeal something in two dimensions.

That’s the point of course, as these products are targeting the mythical new adult consumer that the LEGO Group is seeking out. Will it work? Surely the LEGO Group has confidence in the research done to be launching a new ongoing theme. I suspect that as more people are drawn into LEGO sets, it will be gradually through the models that existing fans love – after all, those are what a genuine LEGO experience is. Perhaps that’s just the thinking of the converted though, and LEGO Art will be the beginning of a whole new way of looking at the brick…