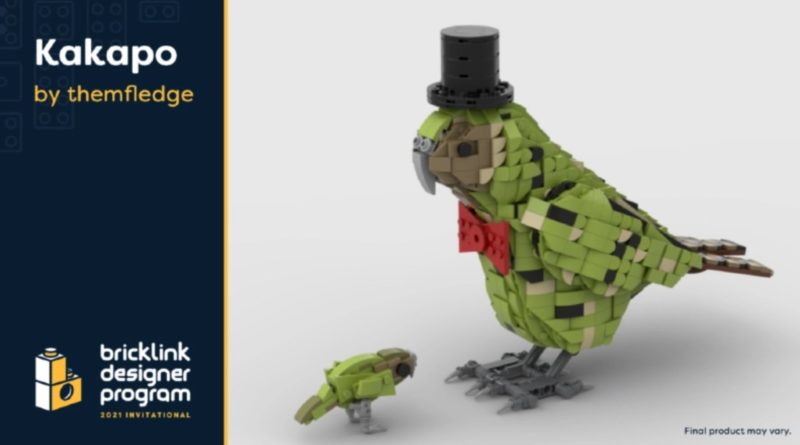 It’s your last chance to pre-order the sets from the LEGO BrickLink Designer Program.

After a rapid drop in sales during this second chance to pre-order from the first round of BrickLink Designer Program sets, the window is now almost closed. At the moment, 910016 Sheriff’s Safe, 910028 Pursuit of Flight, and 910017 Kakapo are still available. Sales will end on August 31 at 10pm UK time, or 2pm Pacific, unless sales pick up drastically and they sell out beforehand.

There is a newly-imposed limit of one per household, after complaints from fans that the limit of five per person in the initial round of pre-orders was too high. BrickLink also increased the production run of these sets to 10,000 per model, up from 5,000, largely due to the accidental processing of 10,000 sales of of Daniel Van Zonneveld’s 910001 The Castle in the Forest, although it doesn’t look like three of them will reach that 10,000 pre-order threshold.

This second round of pre-orders has affected future crowdfunders, with the second and third ones no longer taking place in September and November as initially planned. An updated timeline for the subsequent batches of rejected LEGO Ideas 10K sets is supposted to be published at a later date.