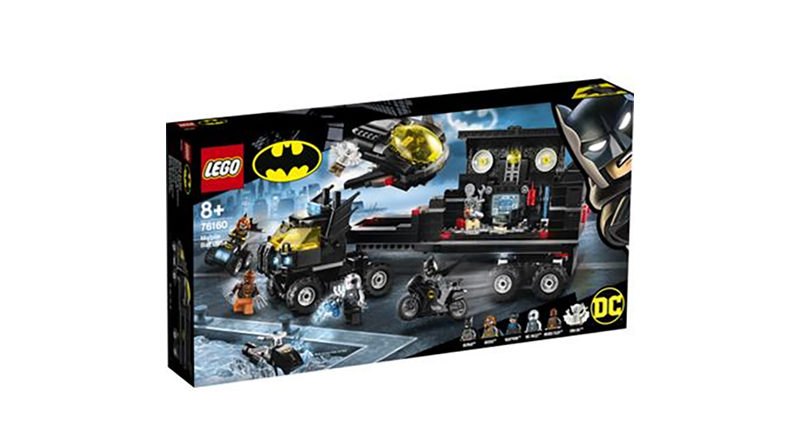 Batman will continue to dominate the LEGO DC theme this year, with three new sets on the way for the Caped Crusader. These will follow the release of LEGO DC 76157 Wonder Woman vs Cheetah, which ties into Wonder Woman 84.

skivs has shared this boxed images of the upcoming sets.

76158 Batboat The Penguin Pursuit is a 4+ set featuring Batman and the Penguin, which includes a huge cape element for the Dark Knight.

76159 Joker’s Trike Chase includes three vehicles, one for Batman, one for Joker and one for Robin. The 440 piece set includes Batman, Robin, the Joker and Harley Quinn minifigures.

76160 Mobile Bat Base folds up like a truck, but then opens to reveal a Bat-computer and all manner of gadgets. A detachable section becomes a little flying vehicle. The set is 743 pieces and includes Batman, Batgirl, Nightwing, Mr Freeze, Man-Bat and Bronze Tiger.