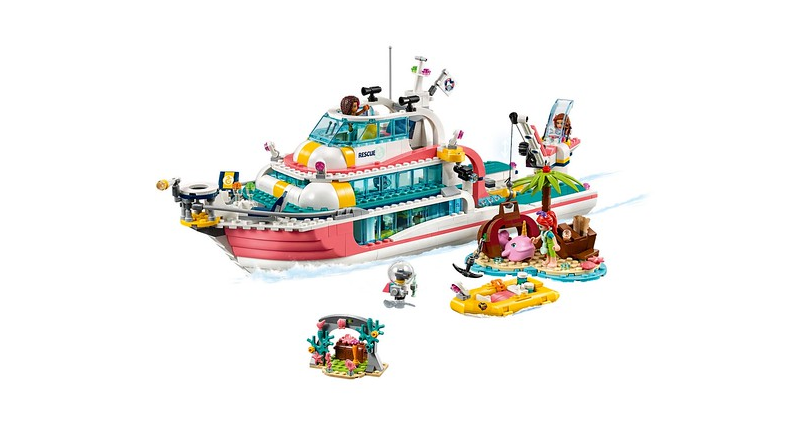 The new LEGO images keep on coming, with more Friends sets that will be released this summer now revealed to be themed around coastal animal rescue.

Four more LEGO Friends sets have been revealed that will be released this summer, with the gang heading to the beach to help out the animals. As is typical for the long-running real life inspired theme, cute animals are included throughout this subtheme which is all about marine conservation. The Brick Fan discovered these images on the retail site MisterBricks.

41378 Dolphin Rescue is a particularly unique entry in the theme, with a submarine and shipwreck never having been visited before in the female-centric range. Despite the colour palette being firmly in the Friends zone, the builds look to be typically detailed and intricate.

Two more LEGO Friends sets were revealed earlier this week, with 41377 Underwater Loop taking inspiration from amusement parks and 41379 Heartlake City Restaurant being much as the title suggests.

A huge number of sets have been revealed in recent days, including the new waves of LEGO Jurassic World and LEGO Harry Potter releases.