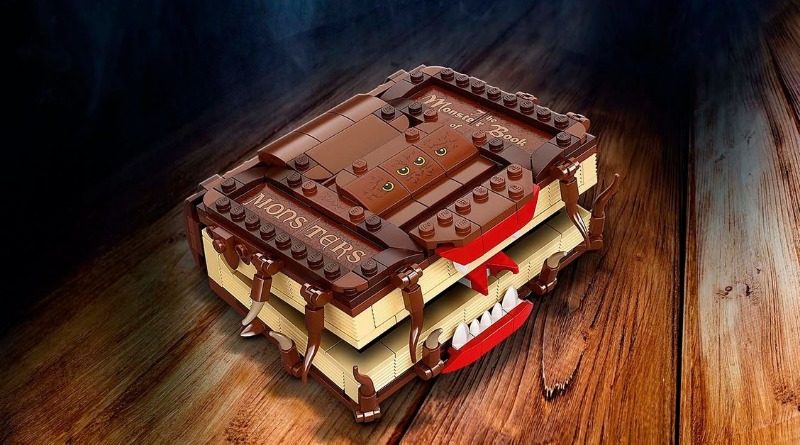 LEGO Harry Potter 30628 The Monster Book of Monsters is coming to LEGO Stores and LEGO.com in January 2021.

Brick Fanatics‘ sources have confirmed that the promotional item will be a gift-with-purchase through official LEGO UK channels in January. The required spend hasn’t been disclosed, but The Brick Fan reports it’s also coming to the US with a $75 threshold. That would suggest the 320-piece set will require a £75 spend in the UK, presumably on Harry Potter products. (Update: @minifig290 says this threshold has been confirmed by LEGO customer service.)

30628 The Monster Book of Monsters has spent much of 2020 slowly trickling out to LEGO fans around the world. It first popped up at Shanghai’s LEGO Discovery Centre, before making its way to US LEGO Discovery Centres and Barnes & Noble. It’s also appeared in LEGO Stores (but not at LEGO.com) in Europe as a gift-with-purchase.

Now, though, it looks like the model will finally be available more readily to LEGO fans everywhere. The promotion will apparently run from January 1 to 31, or while stocks last. There’ll be plenty to spend your money on even if your LEGO Harry Potter collection is up to date, too: four new ‘Hogwarts Moments’ sets will launch in 2021.

Buying a complete collection of those sets will ring in at £111.96 / €119.96, which is more than enough to qualify for 30628 The Monster Book of Monsters. (Even just your three favourites would do.) Alternatively, there are plenty of current releases to catch up on, including 71043 Hogwarts Castle (when it’s in stock) and 75980 The Burrow.