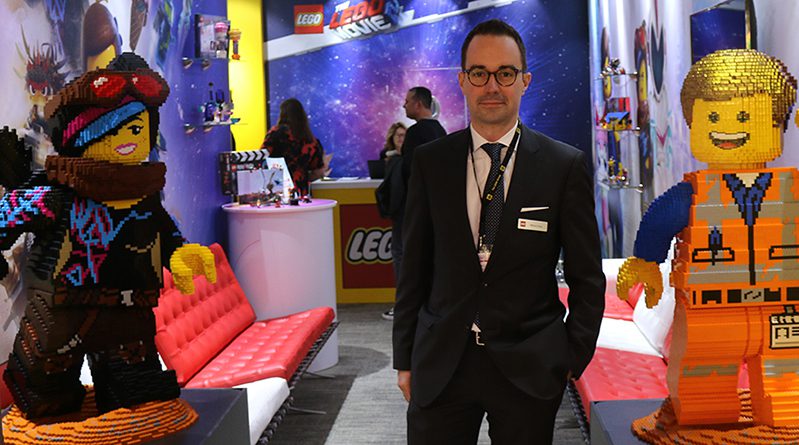 Brick Fanatics spent time at London Toy Fair 2019 speaking to Marius Lang, the LEGO Group’s Head of Marketing for UK and Ireland, about the LEGO developments fans can expect in 2019

London Toy Fair, held each year in the UK capital, is an opportunity to look to the year ahead. Having a conversation with Marius Lang, the LEGO Group’s Head of Marketing for UK and Ireland, was the perfect way for Brick Fanatics to get a sense of the LEGO Group’s plans for 2019. Marius took the time to highlight key launches for the year, share more about The LEGO Movie 2 70839 Rexcelsior! and hint about how Augmented Reality may be used in future products.

We are very excited with The LEGO Movie 2 on February 8, then we will all know how the story continues with Emmet, Wyldstyle and the crew. This time they are going on an intergalactic space adventure and it is going to be great.

We have launched the year with an initiative called Stay Playful, so what we want is to encourage families to spend more time together playing. Last year our Play Well report has shown that when families set time aside and play together, they are happier. With the movie now coming to theatres, it is a good time to remind families that you see the movie together, you go home together then you can enjoy having time together building and playing with the sets.

So that is really the start of the year for us. We are really excited about it and then apart from the movie there are a lot of new things that just launched on January 1. There are new themes in City with a new take on Fire and Police with the Sky Police, new Friends sets launching, in NINJAGO we have been bringing back some of the evergreens from the early episodes. It is an exciting time of the year for all of us. 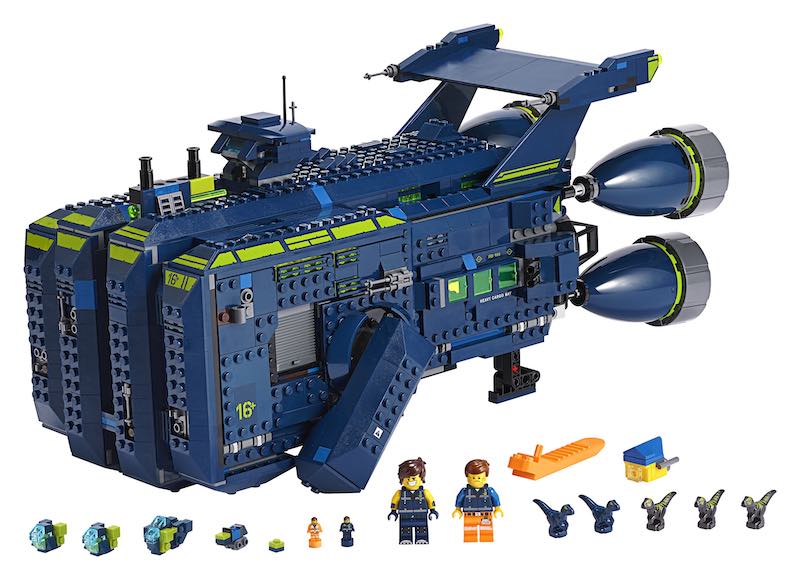 Could you talk about the new 70839 Rexcelsior! set that has been revealed?

The Rexcelsior, which was announced today, is obviously one of the highlight products for the second half of the year. It is Rex Dangervest’s big spaceship. He is a very cool dude, Emmet looks up to him, he is kind of everything that that Chris Pratt as an actor is thrown into one person, he is this cool explorer, training dinosaurs and obviously his spaceship has to be cool, so it is shaped like a fist. Exploring the set is amazing, it is in microfigure scale, so you can open everything and play around – there is the bridge, there is the skate park for dinosaurs in there, but it is also an action play toy because basically there is a trigger and a handle. You can shoot with it using a rapid fire shooter, it is a really cool set.

The LEGO Group has been talking about children not seeing barriers between physical and digital play for some time. Augmented Reality (AR) is mentioned in the Toy Fair announcement – what plans are there to use AR to enhance play?

We have been experimenting with Augmented Reality and you might have seen last year at an Apple Developer’s Conference there was an example what is possible with the new tools that they have on the latest generation of iPhones. We are experimenting with it. LEGO will always be about the brick. We are not moving away from the brick, it will always be the core experience, but we are looking at what is it, how can digital elements enhance that experience?

Obviously we are not able to reveal it yet but there is a big announcement coming over the next couple of months, we are looking into what a play experience can look like that really harnesses augmented reality and then brings it together with physical play in a mixed reality sphere.