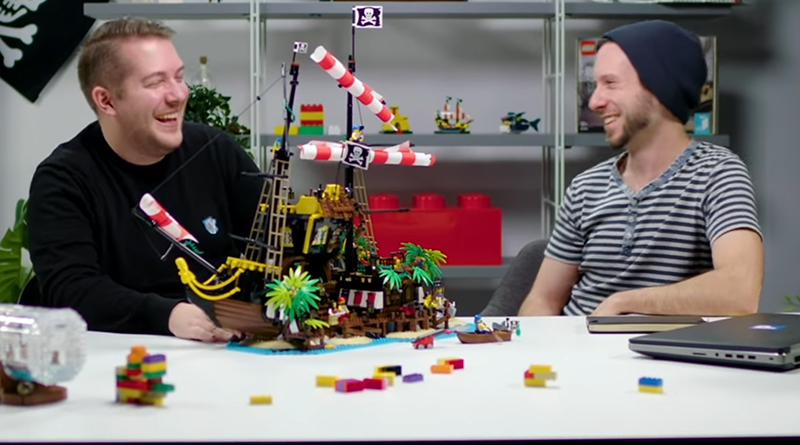 Fans can get new insight into LEGO Ideas 21322 Pirates of Barracuda Bay with the designers behind the set in a new video.

LEGO Ideas 21322 Pirates of Barracuda Bay has excited nostalgic fans since its announcement, and now a new video from the LEGO Group looks at its development.

“It’s a pirate island the way our characters that we remember from our childhoods have been stranded for 30 years,” says Design Manager Sam “Shipwreck” Johnson, after giving the video an appropriately pirate introduction.

“As a Graphic Designer for this set it is trying to relive those memories again. The line-up of the pirate crew, we want to update them without changing them from the original icon,” Austin explains.

“Showing the finished model to Pablo for the first time was a really emotional experience, because we have really been thinking about his original vision which was kind of a tribute to his father who introduced him to LEGO through LEGO Pirates,” says Sam.