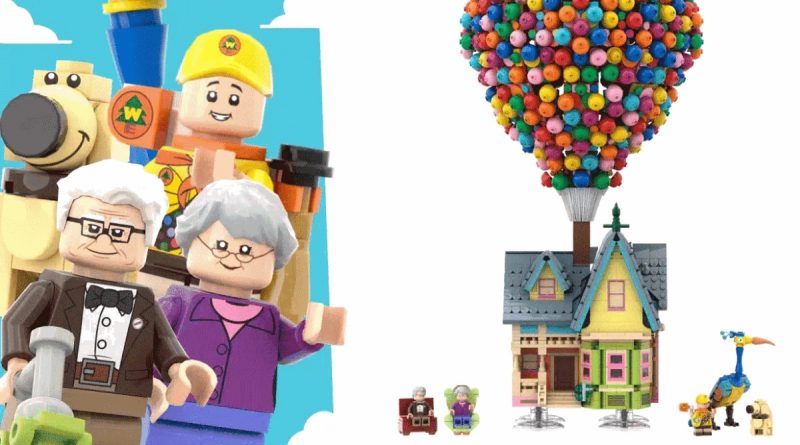 Yet another LEGO Ideas project based on Pixar’s Up has racked up 10,000 votes – but will it succeed where previous attempts have failed?

At least two previous projects inspired by Up have progressed to the review stage, but neither was given the green light by the review board. That’s despite the LEGO Group already partnering with Disney, and indeed even releasing previous Pixar projects through its platform (see 21303 Wall-E), suggesting the Ideas team doesn’t see a huge audience for Up specifically.

At least one user is determined to change the hearts and minds of those with the power to make things happen, however, by taking yet another project replicating Carl’s house to the review stage. Vaicko’s Pixar’s Up House with Balloons is arguably the most ambitious version of this build on the crowdsourcing platform to date, packing in an incredible number of balloons supported by a single, central stand.

To prove their digital design is stable enough to stand alone as a LEGO set, Vaicko mocked up a physical version with the pieces they had to hand. The result isn’t quite a one-to-one replica of the submitted idea, but it is an effective demonstration of their solution to what we’re calling The Balloon Problem. The build uses 2,995 pieces in total – five short of the maximum for a single LEGO Ideas project – and includes five minifigures.

Whether Vaicko’s project will finally convince the LEGO Ideas review board to take a punt on Up is another matter entirely, of course. We’ll find out one way or the other in summer 2023, when the results of the third 2022 review are announced. If it gets the thumbs up, you’ll one day be able to add Carl, Russell and Kevin to your LEGO Pixar collection.

Here’s the full list of LEGO Ideas projects in the third 2022 review so far: