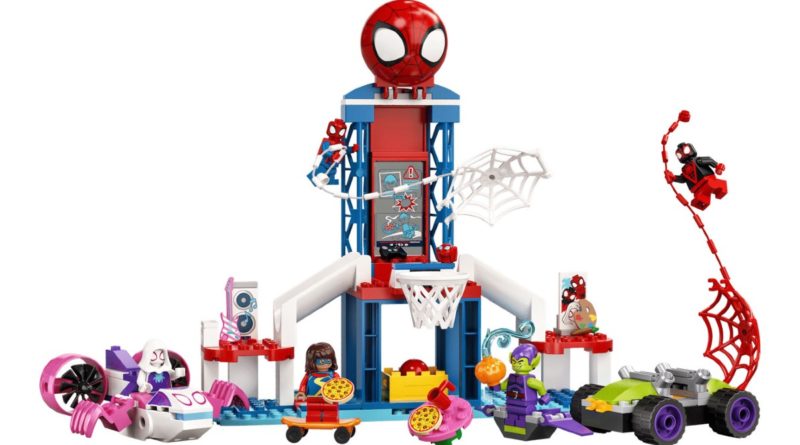 Four new LEGO Marvel Spider-Man sets for 2022 have been found at an online retailer, revealing that a fresh minifigure of Rhino is on the way.

As was previously rumoured, the LEGO Group is planning to release official models based on Spidey and his Amazing Friends in 2022 as retailer JB Spielwaren has added images, prices and more details of all four sets to their site.

There will be four in the new subtheme, bringing new minifigures of Hulk, Ms Marvel, Ghost-Spider, Green Goblin, Doc Ock and Rhino, who has only ever received a brick-built figure and normal minifigure before.

These are listed with a release date of December 31 on the retailer but are likely to arrive on the official online store and in-stores worldwide from January 2022. However, this has not been officially confirmed by the LEGO Group.

For those who need to scratch that Spider-Man itch before the new movie arrives next week, 76185 Spider-Man at the Sanctum Workshop and 76195 Spider-Man’s Drone Duel are both at least partially inspired by Spider-Man: No Way Home and are available now. We’ve also managed to review the latter in full here.