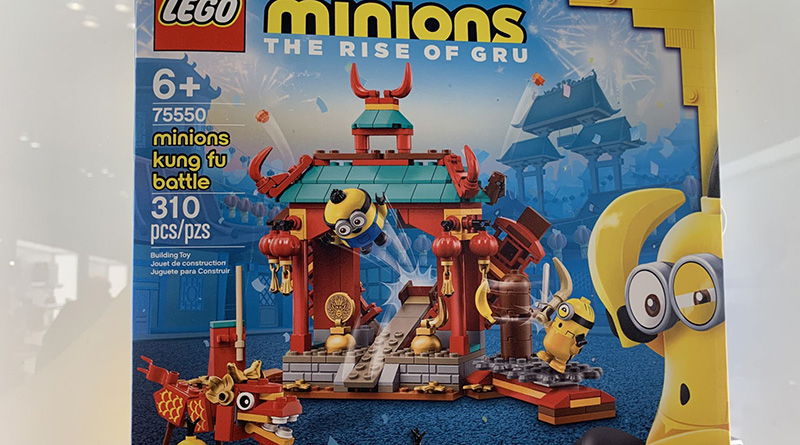 The boxes for the upcoming LEGO Minions: The Rise of Gru sets are on display at New York Toy Fair for the first time.

Following LEGO Trolls World Tour, a second movie based theme is launching this year with LEGO Minions: The Rise of Gru. The new sets have been announced by the LEGO Group and the boxes have been displayed for the first time at New York Toy Fair. They will be available to buy from April 27.

Bleeding Cool is on the ground at the event and has shared these images of the box art. As expected, there is a decent splash of yellow on each box and a prominent Minion in the bottom right corner. Two of the most simple sets are confirmed to be 4+ releases.

New York Toy Fair has also provided a peek inside 75551 Brick-Built Minions and Their Lair.