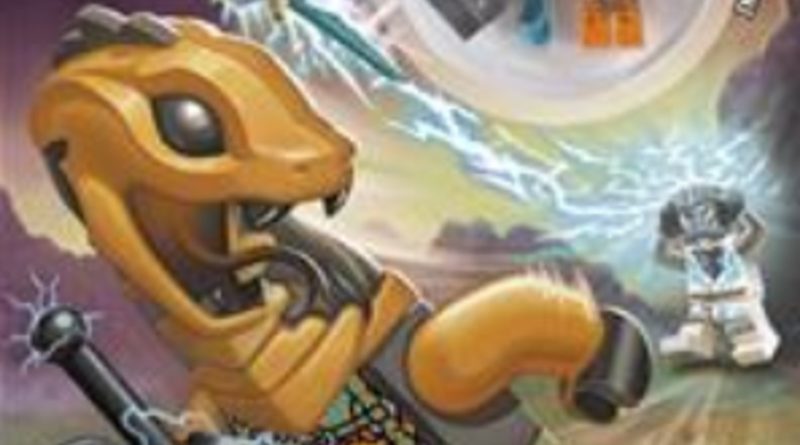 A listing for a LEGO NINJAGO 2022 activity book has revealed the first look at the villains through an upcoming minifigure and drone build.

Swedish online bookstore Adlibris has unveiled a NINJAGO 2022 book, which is giving us the first look at the enemy faction for the theme in 2022 and what bricks they will be using. The description may have also given us more plot details for the season.

Note that information other than the provided image has been translated and may not be entirely accurate, also that the LEGO Group has only confirmed minor narrative elements for NINJAGO in 2022 so far.

The picture listed on the retailer is blurry but still details that the rumours of the next season’s villains being snakes were partially correct with a golden-coloured minifigure making use of the Maaray Guard head element from sets such as 71755 Temple of the Endless Sea. However, the reports remain unconfirmed at this time and should still be treated with caution.

As well as the artwork that is shown on the cover, which also features Zane in what might be a new outfit with no sleeves and an open section showing his robotic chest, a physical minifigure of the snake is also included with a miniature drone model.

The translated description for the listing states that these snakes are making use of new technology in their fight against the ninja, though nothing more is explained. Other upcoming NINJAGO 2022 books can be seen in AMEET’s catalogue for next year.