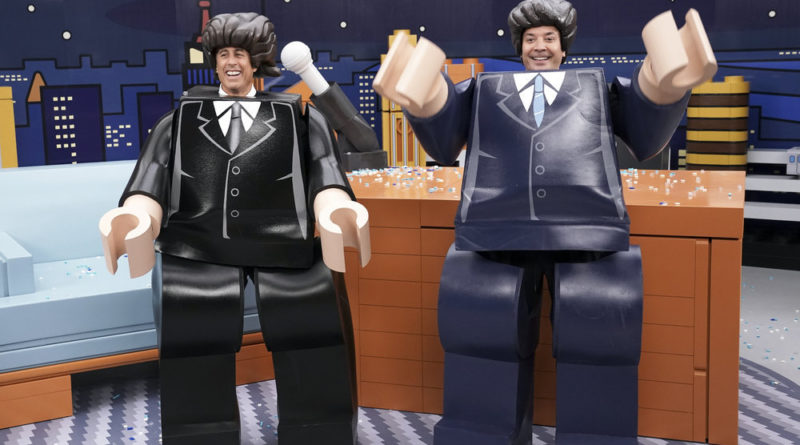 A LEGO minifigure version of Jerry Seinfeld appeared on the Tonight Show with Jimmy Fallon last month and here’s how they did it.

The recently-released LEGO Ideas 21328 Seinfeld set received some unique promotion last month when its eponymous star was shrunk down to minifgure scale. As well as appearing on the Netflix is a Joke YouTube channel, the minifgure version of Jerry Seinfeld was also a guest on The Tonight Show with Jimmy Fallon.

Fallon hosted the actor in a special segment which saw both comedians and The Tonight Show studio transformed into LEGO versions of themselves. The show’s official YouTube channel has now revealed how the magic happened in a short video that goes behind the scenes of the segment.

The production team worked closely with the LEGO Group to ensure that every item on The Tonight Show set was constructed to look like scaled LEGO pieces. Both Jerry Seinfeld and Jimmy Fallon also slipped into giant minifigure costumes for the segment that saw them struggling to drink from oversized LEGO cups.

LEGO Ideas 21328 Seinfeld is currently available from the official online store and you can read more about the set in our in-depth review.