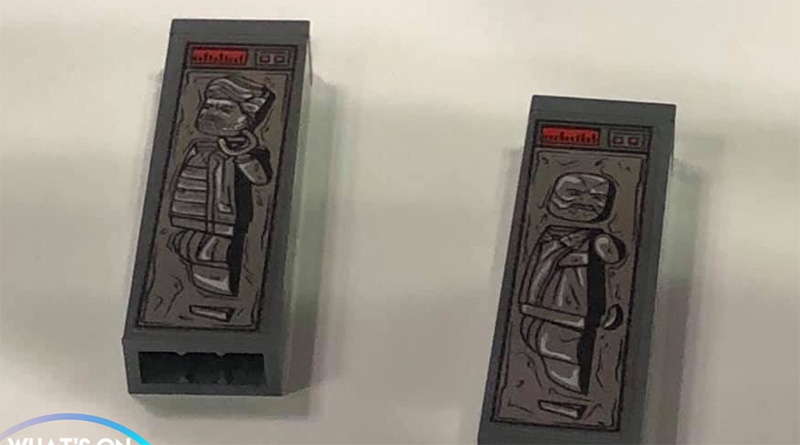 Fans can get a look at the interior of the new LEGO Star Wars: The Mandalorian set, 75292 The Razor Crest, including the Carbonite blocks it includes.

LEGO Star Wars 75292 The Razor Crest was recently announced by the LEGO Group, with the set now on display at New York Toy Fair. While the press images show the ship’s exterior, they do not show what the vehicle looks like inside.

Thanks to these images, published by What’s on Disney Plus, fans can see the interior of the ship. The cargo hold also contains two Carbonite blocks that feature bounties captured by the Mandalorian. It is not yet known if these will be stickered or printed.

The images also provide a closer look at the minifigures. The Child is a 3D printed version of Baby Yoda, the finished piece will look closer to how it does in the official images.

In the first episode of Star Wars: The Mandalorian, an unfortunate bounty of Mando’s makes the mistake of exploring too far, and soon finds himself encased in Carbonite with his fellow travellers.

75292 The Razor Crest will be priced at £119.99 and is available to pre-order now. It is based on the ship from Star Wars: The Mandalorian, the first ever live action series from the galaxy far, far away.