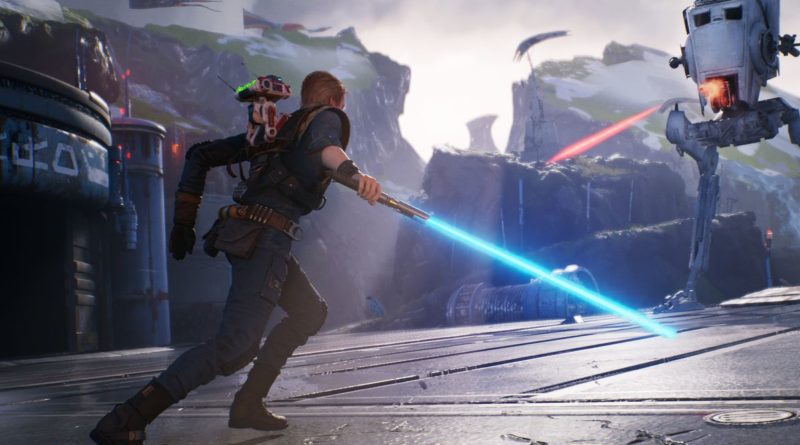 At the moment, there’s no guarantee we’re getting any LEGO sets based on Respawn Entertainment’s single-player action-adventure game from 2019, but all signs do seem to be pointing in that direction. 75335 BD-1 will reportedly launch on August 1 with 1,062 pieces, an informational plaque and a BD-1 minifigure, presumably reusing the same mould from 75325 The Mandalorian’s N-1 Starfighter.

If those rumours are true, it means the LEGO Group has shifted its stance on creating content around the game, which is rated T for Teen in the US and PEGI 16 in the UK. Back in 2020, the LEGO Star Wars design team cited video games’ ‘unpredictable’ level of violence as a barrier to launching sets based on the first Jedi: Fallen Order title.

It’s difficult to know whether any sea change in policy would be due to a keener familiarity with the game so many years post-release, or simply to (very belatedly) ride the coat-tails of its success regardless, but one thing seems certain: if we’re getting at least one LEGO Star Wars set based on Jedi: Fallen Order, more will surely follow.

And if that is the case, we might expect them to arrive in 2023, because that’s when Jedi: Fallen Order’s still-untitled sequel is apparently due to launch. VentureBeat’s Jeff Grubb reported in a recent podcast episode that ‘Star Wars Jedi 2’ will be exclusive to the latest generation of platforms – PS5, Xbox Series S/X and PC – and will debut next year.

Industry insider Tom Henderson claimed back in January that Respawn’s sequel would release by the end of 2022, but it’s possible that plans have changed in the months since. For the moment, the next Star Wars Jedi game’s release date is still just a rumour – but if it is launching in 2023, we wouldn’t be surprised to see accompanying LEGO sets on shelves at the same time.

While there’s a chance those could tie in to the new game, it seems just as likely – given the LEGO Group may not know the exact level of violence in the sequel – that it will provide an excuse to dive back into the original title. After all, even if 75335 BD-1 does come to light, we’d still be missing the rest of the game’s main characters.