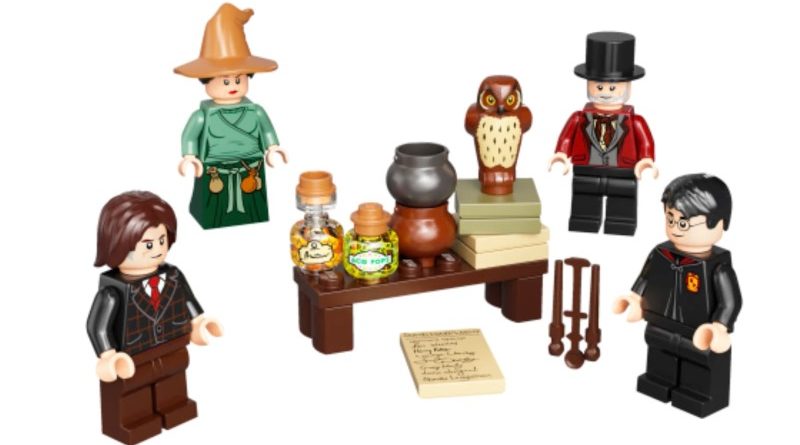 Alongside the other LEGO Harry Potter builds confirmed for summer 2021, we might also be getting an updated accessory set.

LEGO YouTuber Ashnflash has spotted images of the rumoured accessory pack that was initially thought to be a Quidditch robes set. Although he hasn’t provided an original source and we haven’t been able to track it down, Ashnflash reports that the set is called 40500 Wizardry Minifigures Accessories.

Four minifigures are likely to be included, although the identities are not yet confirmed. One is instantly recognisable as Harry himself, sporting a casual Gryffindor uniform similar to what he wears in the movie of Harry Potter and the Order of the Phoenix. The others are thought to be one-time Minister for Magic Rufus Scrimgeour, Dedalus Diggle and his signature top hat, and friendly witch Doris Crockford who greeted Harry in the Leaky Cauldron in the first book.

The accessory set also includes a cauldron set, two jars of wizarding sweets, and a piece of parchment that looks like it could be the list of Dumbledore’s Army members. With three minifigures that can’t be found in other sets, these pieces would be great for filling up 75978 Diagon Alley.

It’s not confirmed from the LEGO Group whether we definitely will be seeing this set on shelves and online, but we will of course keep you updated as soon as we find out. In the meantime, check out the new LEGO Harry Potter BrickHeadz, the latest builds to join the theme.