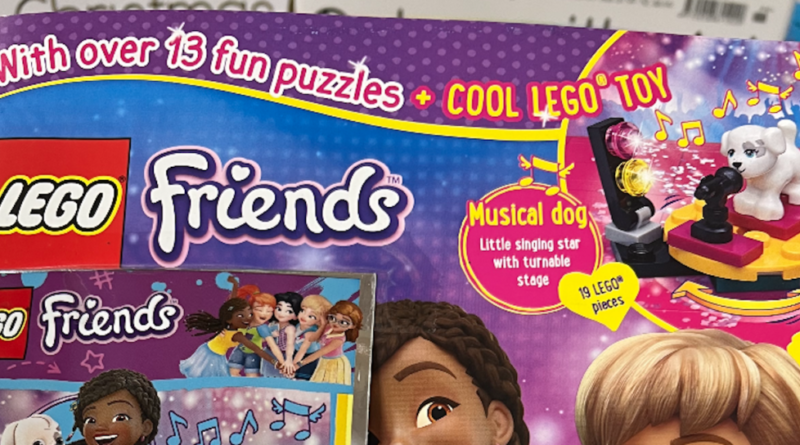 The official LEGO Friends magazine has now relaunched in the UK, this time coming out monthly courtesy of Signature Publishing.

Now the title has been picked up and relaunched in the UK by Signature Publishing. Issue # 1 is on sale now priced £4.49 and includes a 19-piece Musical Dog Pet Stage free gift that’s perfect for LEGO Friends’ parties.

The official LEGO Friends magazine is aimed at 5 to 11 year-olds and each issue is packed with fun stories, posters, puzzles and activities. Issue # 2 is available in the UK from February 17 and includes a free amazing bakery set, complete with baking machine, waffles, cookies and donuts accessories.

The relaunch of the official magazine is perfectly timed to coincide with the 10th anniversary of the theme in 2022 and you can pick up eight new LEGO Friends sets right now.