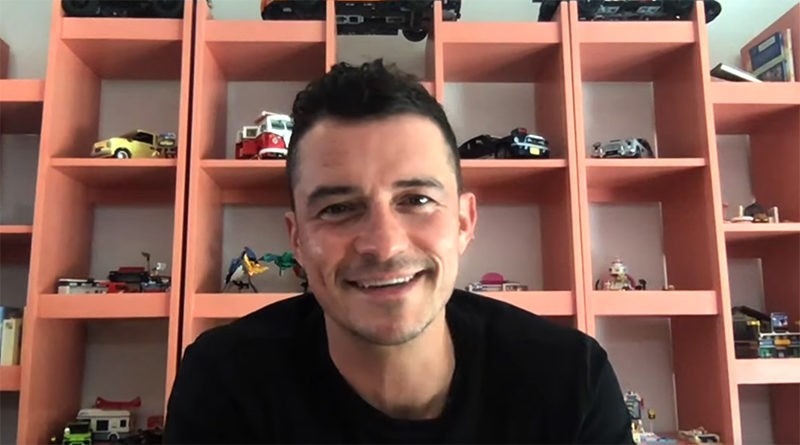 Film actor Orlando Bloom shows off his LEGO collection during an appearance on The Tonight Show Starring Kimmy Fallon.

As Brick Fanatics readers know, Orlando Bloom is a big LEGO fan. After being outed by fiancée Katie Perry, he has now talked to Jimmy Fallon on The Tonight Show about the hobby himself.

“This is hours of quarantining. Those are LEGOs,” he says while gesturing to shelves full of sets. “I actually found it kind of reassuring. Actually me and Flynn started with this big silver Porsche up here, and I got so into it, he would go ‘Dad I’m going to go to bed’, and I’d say, ‘just another 15 minutes, we can do it, just to the next page’.”

Despite two of the actor’s characters – Legolas, from The Lord of the Rings films, and Will Turner, from Pirates of the Caribbean – having been released as LEGO minifigures, he doesn’t seem to have the relevant sets on display.