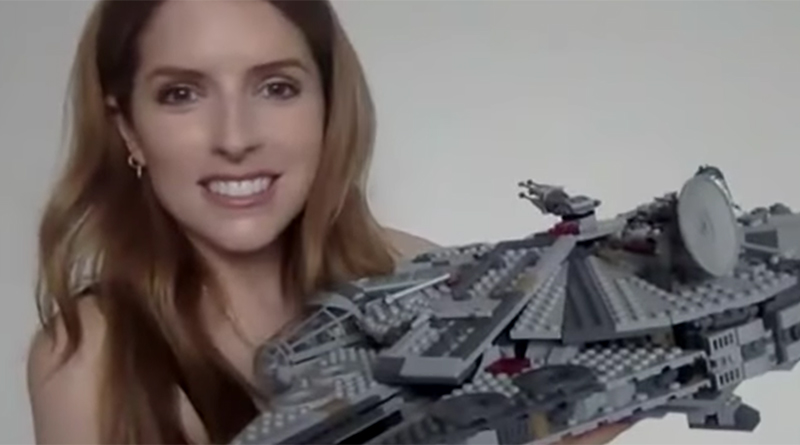 People around the world are finding ways to pass the time spent at home, as measures to reduce the spread of coronavirus have led to restrictions on movement. Many are discovering, or rediscovering, the joy of LEGO building – as is the case with film actor Anna Kendrick.

The Up in the Air and Trolls star has been focusing on the LEGO Star Wars theme, building 75257 Millennium Falcon and 75159 Death Star, with the latter being the largest she has built so far.

“I’m doing too much LEGOs, like, I’ve never really done, like, LEGOs—like, the LEGO kits. Turns out, LEGOs are amazing. It’s so much fun. It shouldn’t be this fun. I’m a grown up, what’s happening?” she said to Jimmy Fallon, in an interview conducted remotely while production of his show is shut down.

“Obviously I am going to take it apart and give to a kid when this is all over,” the actor says. “It’s hard for me to not want to build a shelf of all the LEGOs I have made, because I do feel weirdly proud of it. Like, when you make an IKEA piece of furniture and you’re like ‘maybe I’m a carpenter? Maybe I’m amazing at this?’”

Kendrick goes on in the interview to talk about her role in Trolls World Tour, the film that is going to be released on streaming platforms, and has a range of supporting LEGO sets.