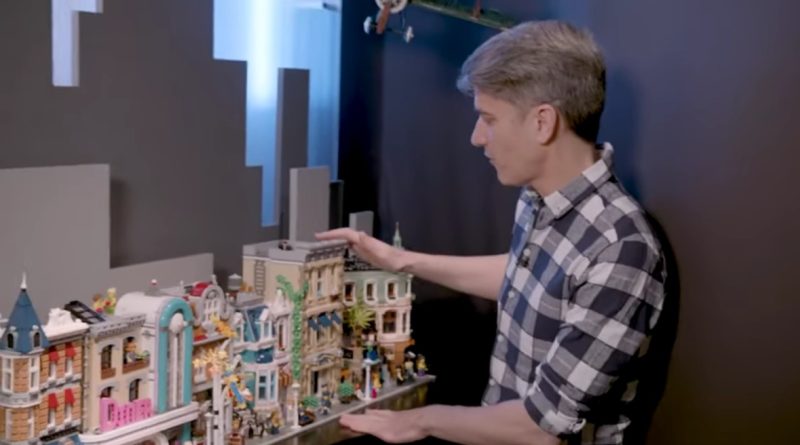 A video from the LEGO Group is taking us on a tour of 15 years of the LEGO Modular Buildings Collection, including hidden details and Easter eggs.

An interesting new video has appeared on the LEGO Group’s YouTube channel, lasting over 40 minutes and led by Creative Lead Jamie Berard. The video explores the past 15 years of the LEGO Modular Buildings Collection, with commentary for each model.

The video also offers a quick peek into the LEGO vault, as Jamie explains when select entries into the Modular Buildings Collection were released. The layout depicts a full street made up of every set in the range.

Those who have 40 minutes to spare can watch the video by clicking above, with plenty of LEGO history discussed over each set.

The video is titled with ‘LEGO BUILDING STORIES’ which suggests that this may be a new series on the LEGO Group’s YouTube channel. This is the only video with the tag at the time of writing, though it will be interesting to see what else might be explained in the future.

It seems likely that this is another part of the LEGO Group’s 90th-anniversary celebrations, which also include the release of 11021 90 Years of Play on May 1.