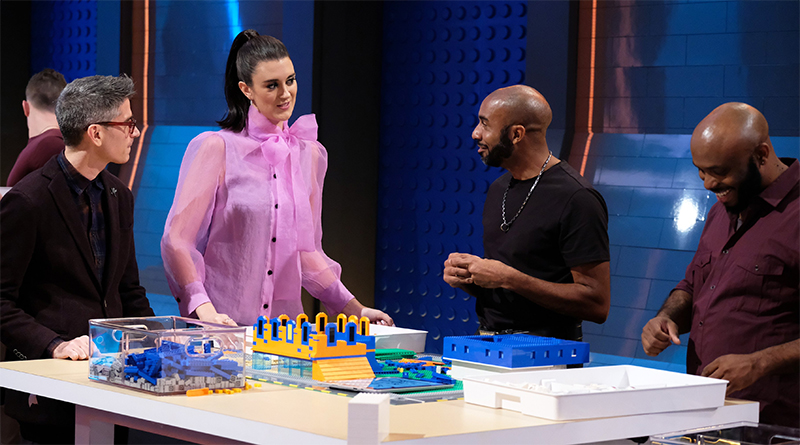 It is half way through LEGO MASTERS USA and the contest is heating up. As one of the show’s two judges, Amy Corbett needs to maintain a cool head. In each episode, she and fellow Design Lead Jamie Berard give advice to the contestants, select the winning builds and have the tough decision to make about who to send home.

As well being a Brick Master, Amy recently launched LEGO DOTS as part of her regular role as a LEGO Design Lead. She brings all of her expertise to the LEGO MASTERS set as pairs of builders compete to construct the most impressive models.

In this exclusive interview, Amy reveals what it has been like to step into the world of LEGO television.

Working at the LEGO Group, was the idea of television ever on your radar?

No, I don’t even think in my life, in my wildest dreams, that television was on the radar. No, I didn’t think this was an opportunity that I would get – but it was an exciting one, definitely.

What was it like turning up on set for the first time?

It is quite an interesting thing to reflect on after you have done it, because the filming was over several weeks, so you get used to it more and more. In the beginning it was just a lot of new things. You are suddenly moved from your top secret work environment with a team that you know, that you can easily communicate with and give directions to, to being in a TV environment with a bunch of amazing contestants, people you have never met before, never talked to, never communicated with – and being a judge, which is also a new experience, so really having the power to make some big decisions that are going to affect people’s future in a way.

So it was quite a different experience – but of course there are a lot of parallels that I can draw with my everyday job. It was a very fast paced environment, so we had to learn very quickly how to be TV judges as opposed to Creative Leads directing a design team.

Did you think about how you would approach the role of a judge?

I think at the beginning, I had a lot of different ideas about what I would be, or how I would come across, how I wanted to say things… but I think when you are in that environment you just have to be yourself, it is really hard to shape a persona or personality. I wanted to be the nice judge, that was my plan and that Jamie would be the mean one, but we just found a natural flow of how we work best together, how we can best give the feedback to the contestants, that would not only help them to grow for the next week but also understand some of the decisions we were making along the way.

How did you feel at the end of the process?