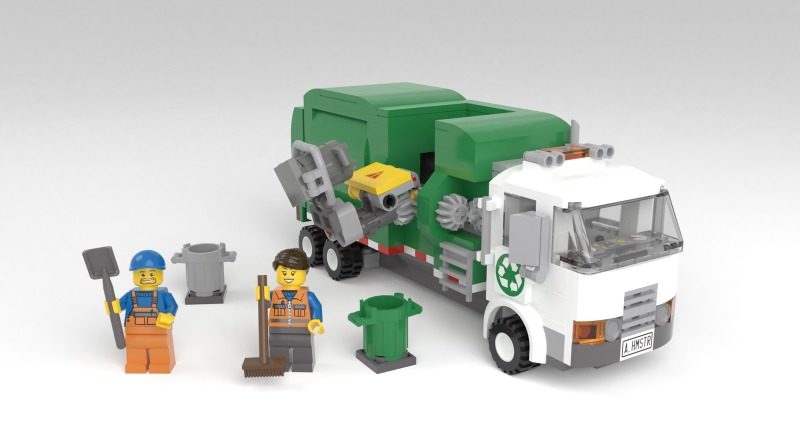 A LEGO model that promises to “reinvent minifig-scale garbage collection” has reached 10,000 votes on LEGO Ideas.

The Automated Garbage Truck features an innovative side-loading mechanism, activated using a knob on the vehicle’s opposite side. LEGO garbage trucks are nothing new – the most recent being last year’s 60220 Garbage Truck – but none have included proper loading functionality.

The model is the work of father-son duo Scott and Levi Hasse, who uploaded their design to the crowdsourcing platform in January 2019. For a while, it seemed like it might stall at around two thirds of the votes required to advance to the next stage.

Earlier this month, however, Jason Allemann discussed the build in a video on his YouTube channel, JK Brickworks. That gave the Automated Garbage Truck the attention it needed to rocket up to 10,000 votes. The LEGO Ideas team will now consider whether to produce the model as an official LEGO set.

The Automated Garbage Truck is the 16th project to reach the third 2020 review. Here’s the full list of every idea that will be up for consideration in this round: