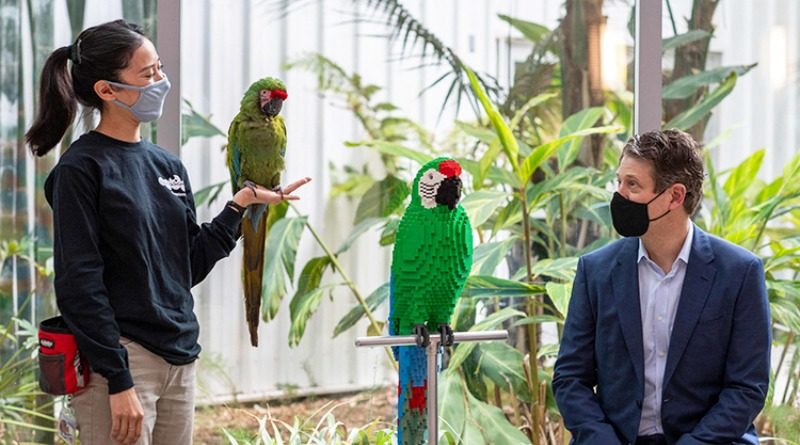 The California Science Center welcomed thirteen new additions to ‘The Art of the Brick’ LEGO exhibition last week, each a model of an endangered species.

In honour of Earth Day last Thursday, LEGO artist Nathan Sawaya added thirteen brick-built animals to his existing exhibition at the Center. The new section of the displays is called ‘PERNiCiEM: The Endangered Species Connection’. Sawaya worked in collaboration with photographer Dean West to complete this special update.

Each animal also comes with a cinematic video depicting its natural environment and information on how and why it has become endangered. The goal is to draw people’s attention to the species around the world that are in danger of dying out. The displays include a prowling tiger, a snow-white polar bear, a running cheetah, and a pair of elephants.

The thirteen animals can be seen alongside the rest of ‘The Art of the Brick’ exhibit. The entire exhibition is made up of over an enormous 100 million LEGO bricks, forming more than 100 sculptures. Tickets must be bought in advance from the California Science Center website. They cost $19.75 for non-member adults, $12.76 for non-member children, and $17.75 for non-member concession tickets. If you’re a member of the Center, you can snag a discount of between $2 to $4 per ticket.

Sawaya has brought his ‘The Art of the Brick’ displays on tour before, to locations such as Denver and Manchester. You might also have seen him on LEGO Masters USA.