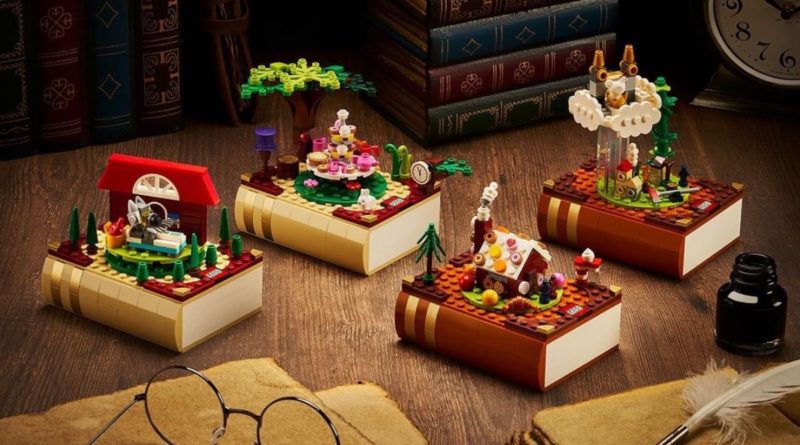 The final LEGO Bricktober 2021 set has been officially revealed as a vignette of Alice in Wonderland, completing the four-strong line-up of LEGO fairy tales.

The Brick Fan has published images of the complete collection of Bricktober sets launching in the Asia-Pacific region from later this month, which also includes display models of Hansel and Gretel, Jack and the Beanstalk, and Little Red Riding Hood.

Those three sets will be available for free with purchases of $69 at Toys R Us throughout October, while the Alice in Wonderland model is said to be coming through another, as-yet-unconfirmed retailer.

Based on previous Bricktober promotions, it seems unlikely that these fairy tale models will launch in the rest of the world. That’s seemingly at odds with the LEGO Group’s promise to abandon regional exclusives, the exceptions to which are gifts-with-purchase, pilot projects, LEGOLAND/LEGO House products, and event sets – none of which really apply to Bricktober.

For a closer look at three of the four Bricktober 2021 sets, including their unusual packaging, click here.