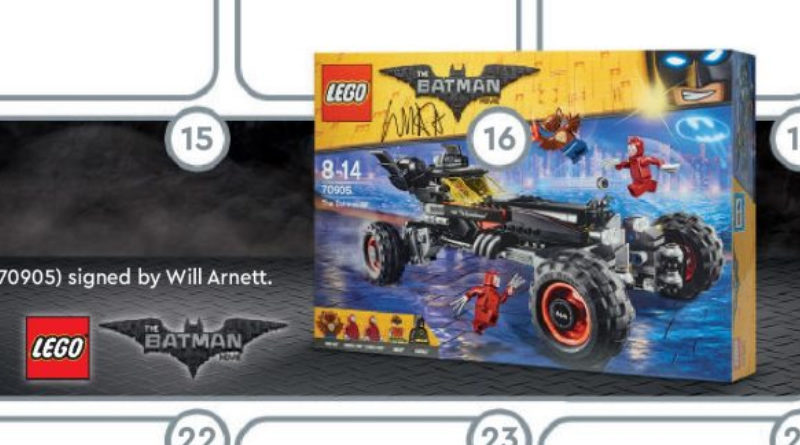 The LEGO VIP Reward Centre will offer The LEGO Batman Movie 70905 The Batmobile, signed by Will Arnett, as a sweepstakes prize in October.

The last LEGO VIP sweepstakes was for a San Diego Comic Con exclusive Marvel Pheonix minifigure. In October, the prize draw will move away from minifigures and instead offer a signed set.

Revealed by the LEGO Store calendar, which has been shared by the Brick Fan, 70905 The Batmobile from The LEGO Batman Movie theme will be up for grabs. The box will be signed by Will Arnett, the actor who voiced the character in the Warner Bros. LEGO movies.

The sweepstakes will launch on October 12 and presumable cost 50 points per entry, as has previously been the case.

Earlier this month, a selection of LEGO Harry Potter sets were available to ‘buy’ using LEGO VIP points, but sold out before many fans had a chance to order them.