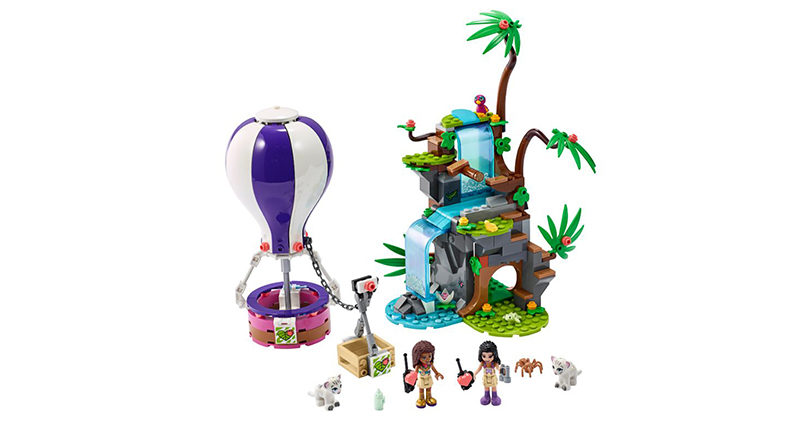 LEGO Friends summer 2020 sets were announced earlier this year, including a selection of jungle sets that were recently revealed in official imagery. Now, the one set that had not yet been seen, 41423 Tiger Hot Air Balloon Rescue, has an image gallery courtesy of Kostickylega.

The set is part of a new range that will see the main Friends characters looking after animals in a far flung jungle. In this model, two of the Friends are using a hot air balloon to help two baby tigers. As for animals, this set feature snow tigers and a parrot.