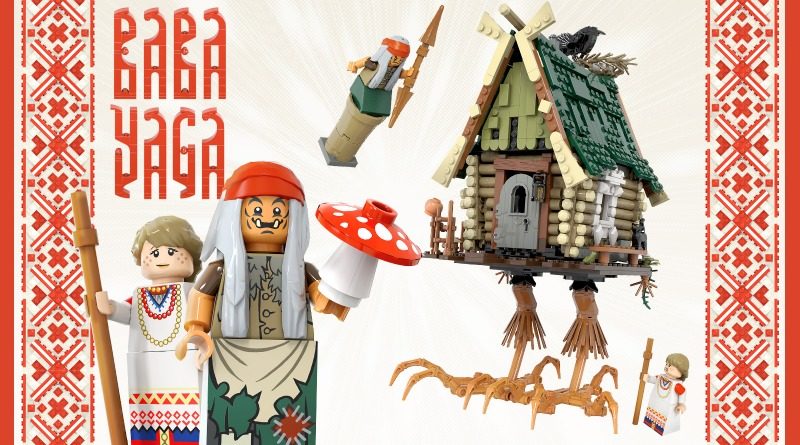 A LEGO Ideas project based on the Slavic fairy tale of Baba Yaga has reached 10,000 votes in less than 24 hours.

Artem Biziaev uploaded his Baba Yaga build to the crowdsourcing platform only yesterday, which means this is the fastest any LEGO Ideas project has ever advanced to the review stage.

If that seems unlikely, just check out the comments on the project page, where plenty of new users are posting to reassure the LEGO Group that they aren’t bots. And if they’re to be believed, it seems that Artem has simply discovered a hole in the LEGO Group’s line-up that’s just waiting to be filled.

Ideas user hammer_sv, for instance, wrote: “I hope that administration understands that in this case, thousands of new accounts mean thousands of new potential customers. Two characters described in this project are just a start. Russian fairy tales have many unique characters and interesting locations that can become a large series of toy kits.”

Another Russian user, meanwhile, chimed in: “Guys, it is SUCH a great set. It represents Slavic culture (which is already great), but it is also SO brilliant. I have seen lots of people in Russia supporting it and loving it. I would LOVE to buy it!!”

If you’re unfamiliar with the character of Baba Yaga, she’s essentially a supernatural being who typically manifests as a deformed old woman, can be either a friend or foe (or neither), and is often described as living in a hut that stands on chicken legs.

That premise has now made for a very unique (and beautifully realised) LEGO model, courtesy of Artem. Couple that with the untapped audience the LEGO Group clearly has in Slavic countries, and it’s perhaps no surprise that it reached 10K so quickly.

The fate of Artem’s build now rests in the hands of the Ideas team, as it becomes the 18th project in the first 2021 review. Here’s the full list of product ideas in the running: