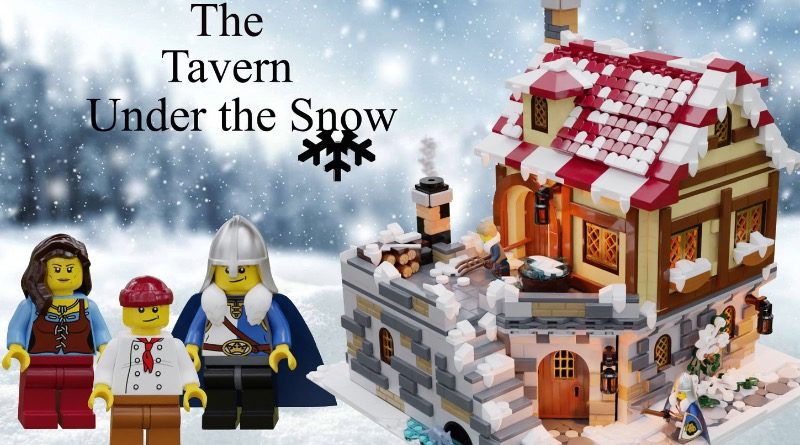 A LEGO Ideas project combining the aesthetics of the Winter Village Collection and 21325 Medieval Blacksmith in a single tavern has reached the review stage.

The build takes the same modular, removable-floor approach as this year’s 21325 Medieval Blacksmith and – at least in its original form – combines it with the Winter Village Collection’s snowy scenery. The result is a model that would arguably fit into both a modern Winter Village display and a classic medieval layout, which may help its chances in the second 2021 review.

That makes it the second pub in this particular review, though one with perhaps a broader focus than LEt.sGO’s Medieval Tavern, which reached 10K just last week. This review stage has now hit double digits with The Tavern Under the Snow – here’s the full list so far: