Now that another build pair has said goodbye to their fellow LEGO MASTERS builders, they tell Brick Fanatics all about their time in the Build Room

Harry and Ollie have provided an awful lot of fun and light relief over the past four weeks of LEGO MASTERS, seeming to have the time of their lives while constructing imaginative LEGO builds under time constraints that would have most adult builders struggling. Holding their own against the adults in the competition, the duo reminded everyone just what fun can be had with the brick.

After leaving the Build Room last night, the pair of talented young LEGO fans tell Brick Fanatics all about their experience.

When you turned up on the LEGO MASTERS set at the build room, for the first time, how did it feel?

Ollie: Exhilarating – it was amazing to think we were LEGO MASTERS!

Harry: There are not enough exciting words to describe how I felt, it was awesome.

When building your arcade game, did it all go to plan? Were there any particularly tricky moments?

H: In one word, no. We think this was our hardest build and it definitely didn’t go to plan, but we still had a lot of fun just building it. The reason why is that we both had different ideas about the plan for this build and we couldn’t agree whether there should be a roof for it on or off. In the end it broke so we decided not to have a roof. Despite this we are still very proud of finishing the build in the limited time and still think it was a really good arcade game and the judges had a great time playing it.

O: How the scuba men were going to move got us and we changed the plan from time to time.

O: The planning! Working to a time limit also got us, although according to my teacher at school I work better under pressure. Sometimes the challenges felt like we had plenty of time to make them, but some felt like we didn’t have enough. Luckily we were able to finish every challenge we did, to show to the judges.

H: Probably if something didn’t go to plan and we had to change things along the way, as I’m the planner and Ollie likes to go free style. It was very intense in the Build Room, especially the last few minutes of the build challenges as we had to pack in every little detail and make sure we got it done. 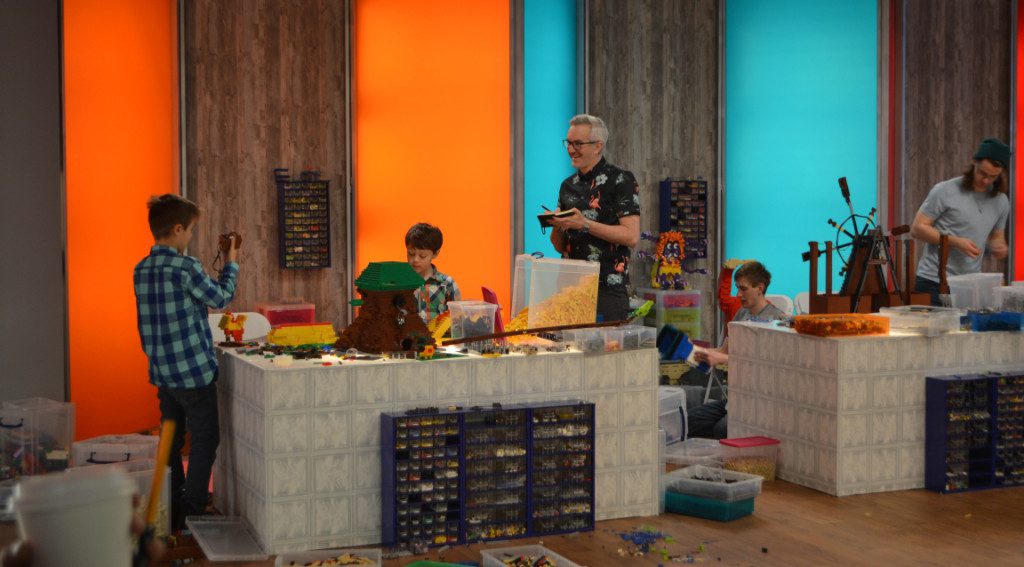 H: Probably the bust of Johnny Vegas as we had never built anything of that scale before, and it is really hard to make it life like and get the proportions and details of the face right. But we did think ours was quite funny and Johnny really liked it.

O: We have never focused on a person that much in our lives or built a person at that scale. We struggled with some of the colours, and it was hard working on it together. We really pushed our limits and we were really pleased with the bust we made.

O: Brick in time. It was fun working with the motors and experimenting to see what we could do. Our subject was also quite good and I had some experience with building the hill from the audition. I particularly like medieval times.

H: It just all came together perfectly and looked fabulous, we were really proud of that one. We even managed to put lights in the castle and I loved making my snapping dragon movement piece and waterfall.

H: Too many to mention! Even when we were under lots of stress in the Build Room, Ollie and I had a really good time and lots of laughter. Especially when we managed to incorporate Melvin’s mum’s house and chickens into our second build, as his mum likes chickens. We also had lightsabers that we played with every time we had a break which was really fun and made everyone laugh.

O: When Paddy McGuinness was stealing things he liked from peoples’ builds when he was supposed to be helping to judge them. Harry and I got the giggles a bit then.

O: When we made out two animals and had to merge them, mine and Harry’s builds were very different and we didn’t have much time to merge them and think about it.

H: The first unplanned challenge – the Bridge. We had never built anything of that scale and it had to hold more than six kilos, this was really hard as the span of the bridge had to be two metres and it had to be 40cm wide. We got over it by remembering that if we built triangles and crosses it would make it stronger and more robust, in the end it worked but was a bit tricky to make. 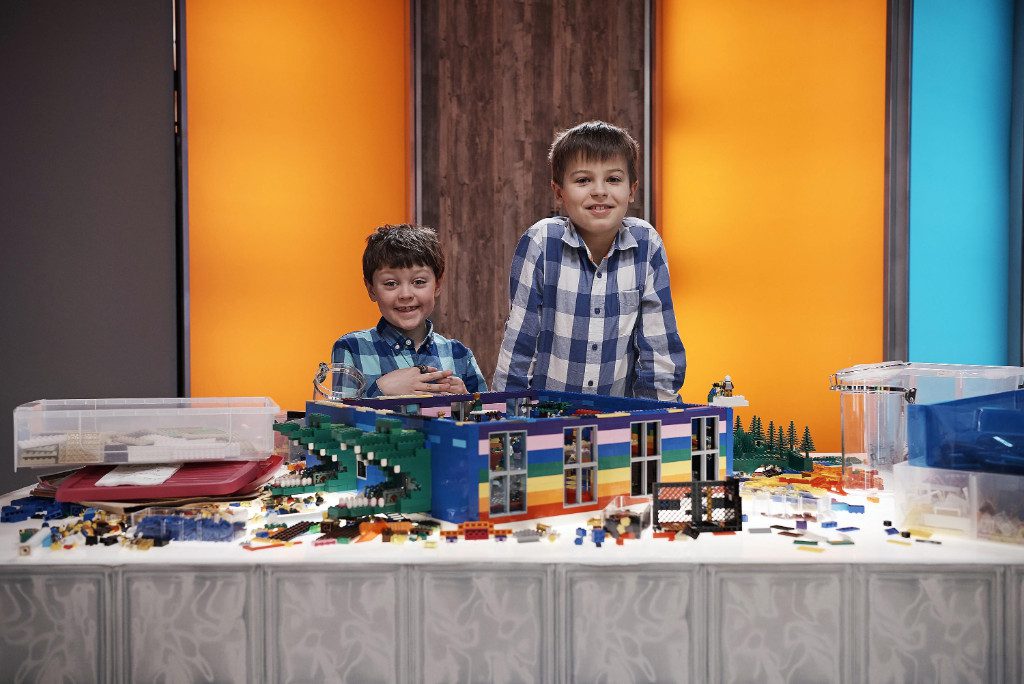 H: I think it was having access to all of those bricks and being in the Build Room with every kind of brick you could dream of. But most importantly it was about meeting all the other contestants and Matthew, Fran and Melvin, all the guest judges and the film and production crew. It was a dream come true for Ollie and I to be in the series and become LEGO MASTERS.

O: The friends we made, the fun we had building and on the breaks. Being in the Build Room and seeing our plans come to life was breath taking because we spent a lot of time planning, and had every piece we could imagine to use. I wish my bedroom was like the build room!

H: We learnt lots of new techniques from the other contestants, how to work under time constraints, how to answers lots of questions from the crew while trying to build. I also learnt that winning is not the only thing about being in a contest, the only thing that really matters is taking part, giving your all and trying your best.

O: I can build anything I want to – as long as I have the idea and the bricks to make it.