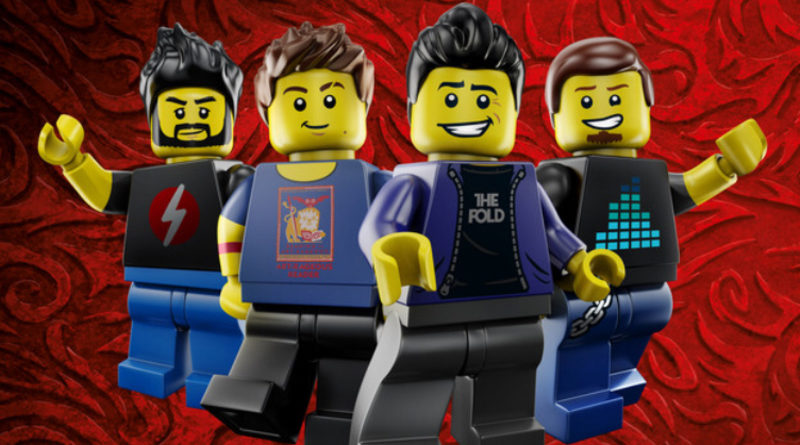 LEGO NINJAGO’s anniversary celebrations continue as the original band for the theme has returned to perform a tribute to ten years of building, spinning and whipping.

For fans of the theme, this year has been nothing short of a treat from the release of the biggest NINJAGO set and some commemorative BrickHeadz to a dedicated webpage on the official online store filled with some free homages. The Fold is the team behind the song and truthfully, it can’t have been easy to fit the main cast’s names in the lyrics all in one go.

For those unfamiliar with the band, they’re the ones responsible for the TV show’s first theme song titled The Weekend Whip and even produced a Holiday version of it. A lyric video has been released for the song so you can listen and sing along to it for yourself over on YouTube.

Even the Co-Creator for the theme, Tommy Andreasen, has shared his appreciation for the new tune, giving it a perfect score. Tommy has been actively involved in the anniversary for the theme and spoke his mind on 10 years of NINJAGO earlier in the year.

Aside from the official lyric video on YouTube, Ten for NINJAGO has also been made available for streaming and an anniversary album featuring a selection of tracks from the show including the original overture and more from the various seasons has been put together over on Spotify.

Whilst you’re over on the audio streaming platform, why not take a moment to relax after the nostalgic whip with one of the LEGO Group’s white noise playlists.