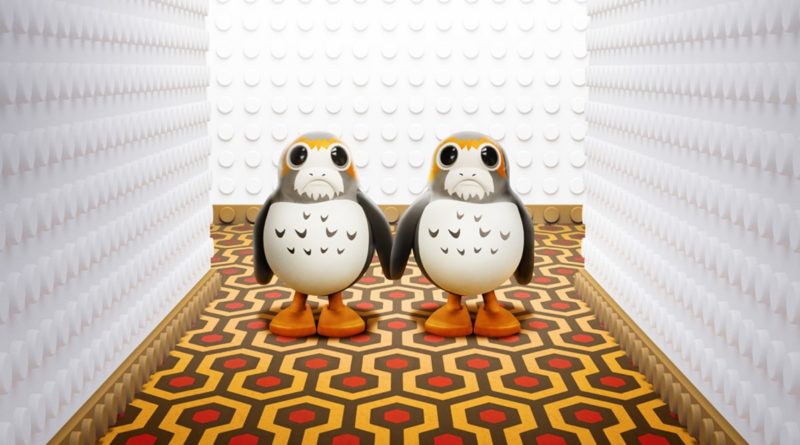 A new poster for LEGO Star Wars Terrifying Tales has been released, with a pair of Porgs recreating an iconic scene from horror history.

Following on from the last poster for the new LEGO Star Wars Halloween Special, now streaming on Disney+, another classic horror film has been referenced in the usual comedic style. Though it can be argued that the Puffin-like creatures make the moment more adorable, or possibly even eerier.

The provided image depicts a duo of Porgs standing in a brick-built corridor, their wings holding on to one another. You may recognise this as a recreation of the Grady twins from the 1980s classic The Shining, who stood in a similar pose after being murdered by their possessed father in the Overlook Hotel.

We can only hope that these Porgs are just good friends and have coincidentally recreated the scene, rather than meeting a similar fate as the original Grady twins. Either way, it continues the theme of referencing the film in both the LEGO Star Wars Terrifying Tales special and the main poster for the feature.

The Shining is just one of the many movies that LEGO Star Wars Terrifying Tales references, as detailed by the team behind the animated anthology.

Provided the poster hasn’t scared you off, LEGO Star Wars Terrifying Tales is now streaming on Disney+ ahead of Halloween, making for seasonal brick-based viewing. Those who would prefer to wait to watch it until the big day can rewatch the trailer for the special and try to spot the four things we found or more.