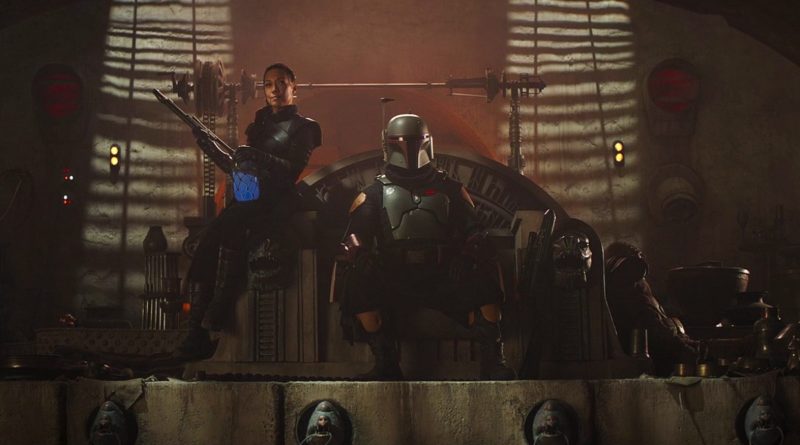 With the reveal of the Star Wars: The Book of Boba Fett trailer, here are five LEGO sets we want to see from the show.

Star Wars: The Book of Boba Fett Season 1 is due to drop exclusively on Disney+ on December 29, with episodes to follow weekly thereafter. The Mandalorian spin-off series sees Boba Fett taking the throne where Jabba the Hutt once sat, with fellow bounty hunter Fennec Shand by his side.

With rumours already swirling around a possible 75326 Boba Fett’s Palace set, here are the five LEGO Star Wars: The Book of Boba Fett sets we need to get our hands on.

It’s still possible to pick up 75312 Boba Fett’s Starship, but what we really want to see is a new UCS set to rival 75060 Slave 1. Released in 2015, the last UCS version of Boba Fett’s sinister starship was a fantastic model, but we’d like to see an updated version that more accurately reflects its appearance in the new show.

Some of the action in the trailer takes place in what appears to be a huge spaceport on the planet of Tatooine. Boba Fett and Fennec Shand can be seen entering the spaceport and being eyed up by the suspicious locals. Later scenes show the bounty hunters being ambushed by thugs with energy shields. This could be a great opportunity for some new minifigures, a spaceport street scene and a new starship build.

Much of the trailer offers a first glimpse of Boba Fett carving out a life for himself on Tatooine, possibly stepping into Jabba the Hutt’s role as a new crime lord. However, Boba Fett intends to rule with respect, and it looks like he meets up with other gangsters to propose a criminal alliance. Potential alien species minifigures in this set could include Gamorreans, an Ithorian, Twi-leks and more.

Instagram user greenbricks recently reported that the rumoured 75326 Boba Fett’s Palace may include a new LEGO Rancor. 75005 Rancor Pit came with a moulded Rancor figure, but it’s been suggested 75326 Boba Fett’s Palace could include a brick-built creature instead. Another hint regarding the monster could come from Fennec Shand’s comment in the trailer: “If you had spoken such insolence to Jabba, he’d have fed you to his menagerie.”

Already rumoured to be releasing in March 2022 with a price tag of $99.99, 75326 Boba Fett’s Palace could be a new take on the infamous Tatooine building. When 9516 Jabba’s Palace released in 2012, the set stirred up some controversy with its apparent resemblance to Istanbul’s Hagia Sophia. The Palace is glimpsed a few times in the trailer, but we’ll have to wait and see how accurate a potential new set might be.