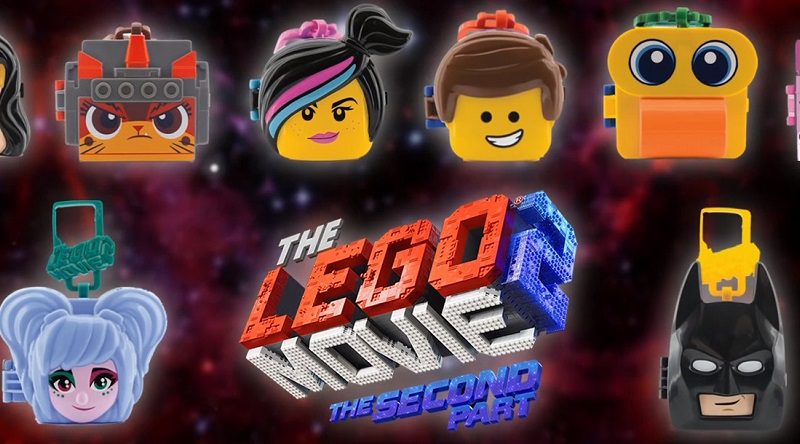 The LEGO Movie 2: The Second Part items that diners will get with a McDonald’s Happy Meal have been revealed.

On January 29 in the USA, and February 6 in the UK, McDonald’s will launch a Happy Meal promotion to support the release of The LEGO Movie 2: The Second Part. There will be eight activity cases to collect, each containing different puzzles and fun items. The Brick Fan has shared images of the gifts, with one coming with each child meal.

Each case is styles after a different character from the film. Wonder Woman, Ultrakatty, Lucy, Emmet, DUPLO invader, Unikitty, Sweet Mayhem and Batman make up the collection.

Usually the gifts in the US Happy Meals match those in the UK ones, although there were slight changes in a couple of those that were included in The LEGO Batman Movie promotion.

As the film release gets closer, Warner Bros. has shared a peek behind the scenes with the voice cast and the LEGO Group has begun to unveil the summer set releases.