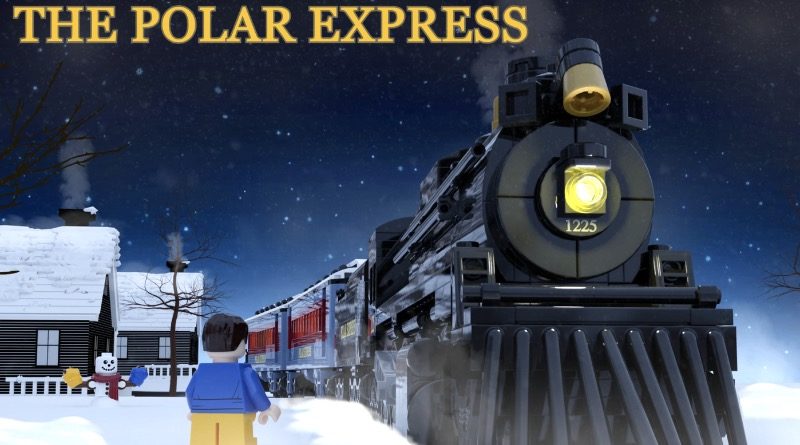 A LEGO Ideas project based on The Polar Express has steamed ahead to 10,000 votes, and will now enter the first 2021 review.

Minibrick Productions’ model took just shy of two months to rack up the necessary supporters. The LEGO Ideas team will now consider whether to turn it into an official set as part of its increasingly full first 2021 review, which runs until May.

The proposal includes roughly 1,500 pieces and eight minifigures, with plenty of details from Robert Zemeckis’ 2004 movie packed into the build, while the loco’s size looks comparable to that of 10194 Emerald Night, a fan-favourite LEGO train.

There’s no shortage of LEGO trains on the market at the moment, of course, from 60197 Passenger Train and 60198 Cargo Train to 71044 Disney Train and Station and 10277 Crocodile Locomotive, so The Polar Express may have to rely on its licence to have any chance of being approved.

This is the 26th project in the first 2021 review, which means it already holds the joint record for the second-biggest review to date – and there are still nearly three months to go until the qualifying window closes, so there’s a good chance it will take the crown from the second 2020 review.

Here’s the full list of projects in the current round:

The Polar Express
Train Bookends
The Nightmare Before Christmas
The King’s Castle
The Sewing Workshop
Forth Bridge
A Nice Day at the Farm
The Castle of Brickwood Forest
Baba Yaga
Claus Toys
Animal Crossing: New Horizons Paradise
NASA’s SLS & Artemis
LEGO bookends
Metroid: Samus Aran’s Gunship
Hyrule Castle (The Legend of Zelda)
The Karate Kid “Wax On, Wax Off”
Scania Next Generation S730
4½-Litre 1927-31 Bentley ‘Blower’
Asterix and Obelix
The Simpsons – The Krusty Burger
The House of Chocolate
The X-Files: I Want to Believe
Castle of Lord Afol and the Black Knights
Among Us: The Skeld Detailed Map
The Office
The Shire