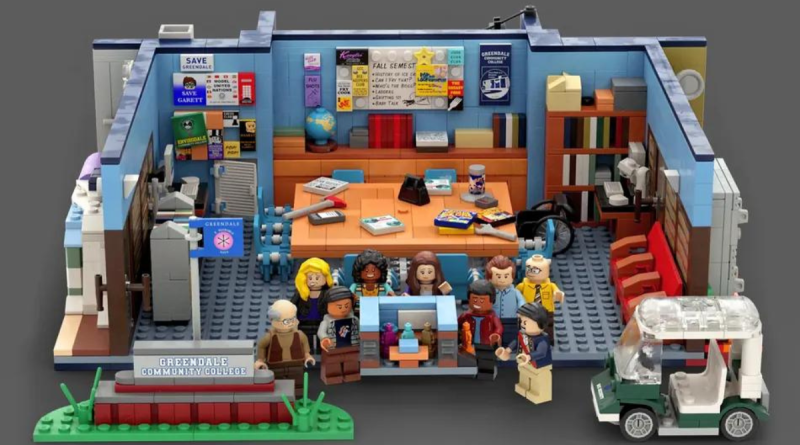 A LEGO Ideas set for hit comedy show Community just hit 10,000 supporters, so the show could surpass Abed’s hopes and get six seasons, a movie, and a LEGO set.

Following in the shoes of other sitcom sets like 10292 The Friends Apartment, 21319 Central Perk, and 21328 Seinfeld, the proposed set is packed full of easter eggs and hidden references from the show. The main area of the set focuses on Group Study Room F where the gang hang out for much of the TV series.

Smaller rooms are also included around the edge of the set, featuring extra locations like the Dean’s office, the ventilation system that played home to Chang for a season or so, and even Fort Hawthorne.

Some of the walls are splattered with paint, as if one of the epic paintball fights had just finished. Extra additions to the set also include a sign for Greendale Community College and the Campus security patrol cart.

To see all the other sets that have already achieved 10,000 supporters in this review stage, here’s a complete round-up of every project in the third 2022 review round so far: