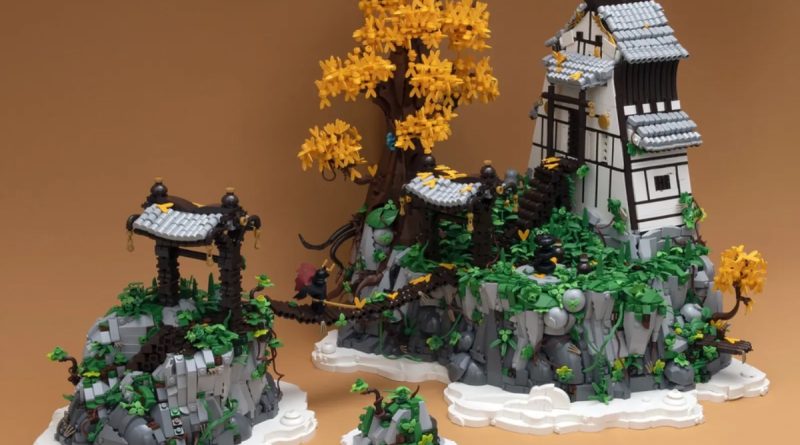 A lavish model of a temple in the clouds has received 10,000 supporters on the LEGO Ideas site, and could become an official model in the future.

Designed by LEGO Ideas user FirstOrderLuka, Golden Clifftop Temple depicts a trio of landmasses atop a mountain. White elements at the base of each landmass hint at cloud cover, with plenty of foliage (and a massive tree) growing here as well. The temple itself features some inventive parts usage while a lone samurai warrior accompanies the model, encouraging LEGO fans to create their own story about the set as a whole.

The set boasts a high piece count, ensuring its concept lives up to its ambitions. However, it’s possible an official version of the set could look quite different. Previous LEGO Ideas submissions like 21317 Steamboat Willie and 21322 Pirates of Barracuda Bay turned out very different to their original concepts, for example.

In any case, this set has a few hurdles to clear before it becomes an official product. The model now qualifies for the LEGO Ideas third 2022 review stage, which means it’ll be more closely scrutinised by the LEGO Group. If the set can meet the LEGO Group’s requirements, its design will be refined by the company’s designers – and debut as a LEGO set at some point in the future.

You can learn more about the other LEGO projects in the third 2022 review stage by clicking on the links below. This review stage will close in early January next year, with an announcement of new LEGO Ideas projects following at some point after that.