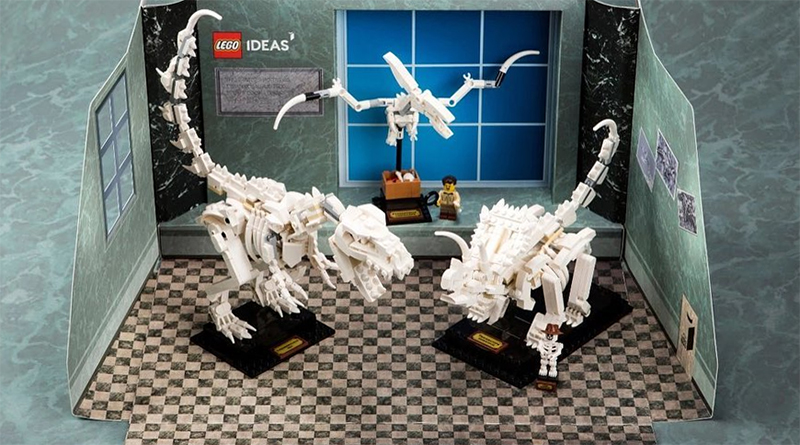 Fans in China will be able to get a free display when they buy LEGO Ideas 21320 Dinosaur Fossils from November 1.

With LEGO Ideas 21320 Dinosaur Fossils due for release next week, the activity is ramping up. A designer video has been released, a launch event has been announced and now a promotional freebie has been revealed for China.

The Brick Fan is reporting that the LEGO Store Beijing will be giving out a free cardboard display to anyone who buys the set, which will put the three dinosaur skeletons into an appropriate museum display setting.

Inside the box, that will be released on November 1, are 910 pieces that build a T-rex, Triceratops and a Pteranodon on museum style display stands as well as a LEGO-sapien. An archaeologist minifigure with accessories rounds out the set.