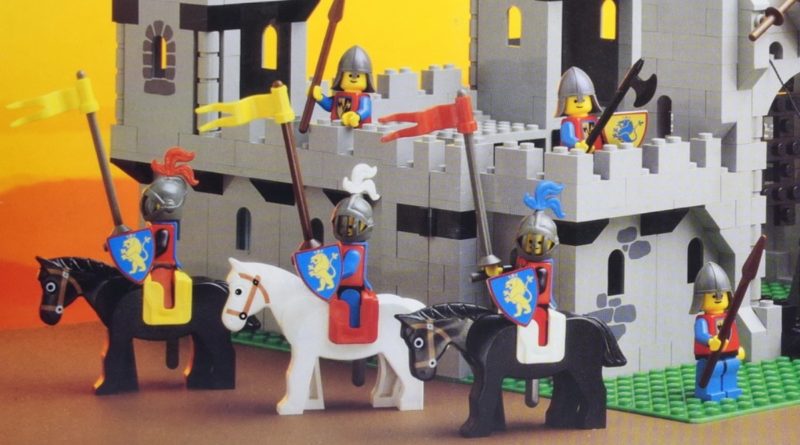 More details on the rumoured $349.99 set emerged over the weekend, including a potential piece count of 4,514 and a line-up of 20 different minifigures. Among those are thought to be a queen, wizard, almost a dozen knights, a couple of Forestmen (remember those guys?), a skeleton and a handful of medieval civilians, including a baker and a farmer.

Have you noticed the glaring omission from that list yet? If not, take a look at the set name again, then the minifigure line-up again. Then the name. Then the list. Name. List. Name. List. Yep: there’s apparently no king in the Lion King’s Castle.

Something definitely isn’t adding up here, but we foresee three possible explanations (should this rumoured minifigure line-up turn out to be true). The simplest is probably that, should this set exist at all, its name is not actually 10305 Lion King’s Castle. With a full complement of nine lion knights said to be in the box, it could also be – for example – 10305 Lion Knights’ Castle. Easy.

Another prospect is that the LEGO Group is planning to release a Lion King minifigure in a different set, perhaps in the form of a gift-with-purchase for early adopters of the larger 90th-anniversary model. That would be pretty bewildering, particularly if the monarch is still part of the set name, but it’s also exactly the kind of behaviour we’ve come to expect from the LEGO Group.

Plus, the latest reports on the set indicate that there’s no throne room included among the expansive build, and a king and his throne room – which could clip on to a castle wall or be otherwise inserted into the model – sounds like the kind of thing that would for a fitting gift-with-purchase.

The final, and perhaps least appealing, option is that the LEGO Group is just content to release a set named after a king that doesn’t exist – at least in physical form. All those knights must be serving someone, after all. Though maybe it’s the queen, in which case the set could also be called 10305 Lion Queen’s Castle – and while it might not be totally historically accurate, it would be a fun subversion of classic LEGO Castle sets.

Of course, there’s always the possibility that the rumoured minifigure line-up for 10305 Lion King’s Castle (or whatever it ends up being called) isn’t final, just as it’s still possible that all rumours around this set will in fact not pan out as intended. But then, 6080 King’s Castle – said to be the inspiration for the new model – didn’t include a king either…

For now, we’ll have to wait on official confirmation of any more 90th-anniversary sets from the LEGO Group – which could be less than a month away, with LEGO CON 2022 right around the corner.