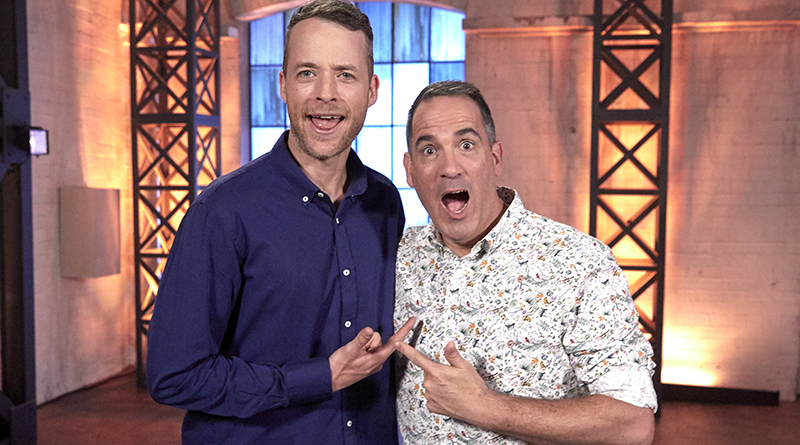 Ahead of the show’s second season, LEGO MASTERS Australia judge Ryan McNaught promises next level building in this exclusive interview

LEGO MASTERS Australia is back. After challenging builders to construct beautiful creations as they compete for a $100,000 and coveted trophy last year, eight new pairs will be putting themselves through the time-limited tasks to see if they have what it takes to be the ultimate LEGO champions.

Ryan “Brickman” McNaught is back to assess the builds and give advice to the teams throughout the series. In this exclusive interview with Brick Fanatics, he explains what fans can expect from Season 2.

What was it like going into the second series?

We have already finished our second series, we filmed it last year. It is amazing. It’s next level. The network and everyone was really nervous with the first series, so budgets were low, but then when they saw what a hit it was and how well it had gone, they said to us, ‘just keep doing what you are doing’. And it is funny, every day in the first series there were network people hovering around. In the second series there was no-one, they let us just go and do what we were doing – so it was a very different experience.

It feels like there was no comprising when it came to the talent of the contestants in the first series, they all had a very high LEGO skill level.

For the casting tour we went around the country, in each city we had literally hundreds of people try out. The LEGO building, the challenges that we set them, every part of the casting process we went through was all important. There’s the tv people, who say, ‘that person’s great for tv, that person’s not great for tv,’ and that’s a very important thing and has validity. The tv people didn’t understand the LEGO, but they had enough faith to say, ‘you guys that do know LEGO, that’s really important’. I don’t know what looks good on television, they do, then they don’t know what is a great LEGO model. That is where the faith really paid off.

Hamish is just the most genuine down to Earth guy. His comedic style is very self-deprecating, he is a goof, as opposed to trying to be too serious. We didn’t want to be good cop and bad cop, but we really wanted to talk from a professional LEGO perspective about how hard it is to do these things. Having someone like Hamish on board makes all the difference.

I am pretty good mates with Hamish and that’s how the whole thing came across. We are buddies and that is what tv is about, and the same for the contestants. I got a fair bit of stick because I was sad when we had to say goodbye to people and I cried on national television, but I genuinely was sad because these people put their hearts and souls into something. We are on the journey with them.