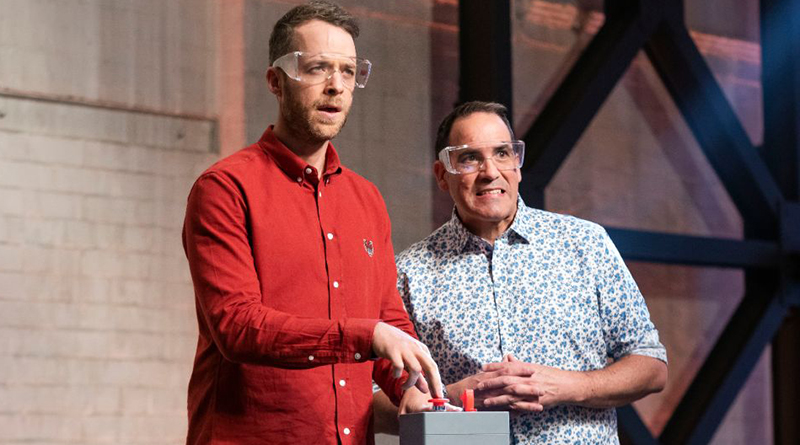 Who will be safe from elimination in the next episode? This explosive challenge sees teams fighting for that opportunity in LEGO MASTERS Australia

It is great to see LEGO MASTERS Australia mixing things up this season with new challenges. Last year featured an episode in which LEGO builds were destroyed in different ways, but this time around everyone is blowing up their builds. Each team must construct a model inspired by the minifigure they select, with different types of material exploded below the builds when they are destroyed.

The winning team will be safe from elimination in the third episode. Every advantage counts, as the teams are competing for a $100,000 prize.
Hamish Blake and Ryan McNaught, the show’s host and judge respectively, have some great moments as they highlight the absurdity of the whole thing.

Andrew and Damian go right out of their comfort zone, building a white and pink fairy princess castle. Despite complaining about the colour scheme initially, they have fallen in love with their model by the end of it.

Another team to watch, Jackson and Alex, put together a great wild west scene with a fantastic use of banana elements on the dollar sign. Jay and Stani build an awesome island battle, packed with details.

Annie and Runa put together a dragon in a cave, while Jennifer and Jodie build a loosely connected James Bond style scene ready for exploding. Trent and Josh and Tim and Dannii both build alien scenes, but in very different styles – the former looks especially impressive as it blows up.

The surprise winners are Summer and Iona – as Brickman acknowledges early on, the challenge may only come down to chance. What they build is not terribly technical, although does include a few clever touched, but what really works about it is that the basic connections are perfect for an explosion. With a huge shark tank flying everywhere, the explosion looks incredible.

Seeing these LEGO creations get destroyed in such epic fashion really is good fun to watch, and saves anyone having to destroy their own LEGO bricks to watch it happen. The next episode promises to be tense, with an elimination set to send one team home…