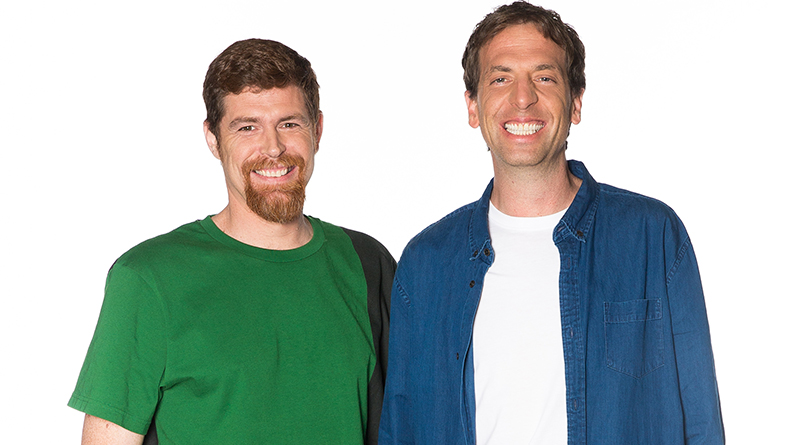 Brick Fanatics is speaking to the LEGO MASTERS Australia Season 2 contestants to find out more about them and their passion for the hobby. Life-long LEGO fans Jay and Stani reveal their LEGO stories

Jay and Stani have been friends since childhood, building together since they were seven years old. In this exclusive interview, Brick Fanatics they talk about their brick fandom.

Jay: I started with my first set of bricks at the age of three and met Stani around seven. I built LEGO throughout my teenage years. I slowed down a lot in my 20s although I still had plenty of sets for birthdays etcetera. I got back into it with in my 30s, then the kids gave me a good excuse to buy more.

Stani: My first set was the 12v Lego passenger train, it was yellow and red. From memory I did have a dark age in my 20s for about three years due to my living situation and not having enough room.

Stani: I love to build skyscrapers and different types of structures. I build in my LEGO room/garage, then inside the house in the colder months!

Jay: My favourite models are usually just experimenting with what LEGO is capable of. I recently made a working key and lock to see if I could. Creatures and articulated builds are also very fun. I mostly build on the lounge room floor or the dining table.

Jay: I rarely buy custom bricks. I generally collect sets but often just break them down for parts.

Stani: I collect both.

Stani: No, just LEGO for me!

Jay: Film and animation. I love old computers and video. I built a retro arcade system for my home.

Jay: Not very confident. We knew we were pretty good but were very nervous of the competition.

Stani: No, I was freaking out that we even got called for an audition

Jay: I bought a lot of LEGO Creator kits and spent a lot of time free building anything I could come up with. Stani and I did a couple of timed trial runs.

Stani: My teammate Jay and I set ourselves different challenges with a time frame before filming.

Jay: Intimidating and inspiring. There was a lot of great stuff last season and in the auditions. But then the brick pit makes it all worth it. It was just so nice to have any piece at your fingertips.

Stani: Stepping onto the set was so surreal and exciting. I couldn’t believe I was there.

The second episode of LEGO MASTERS Season 2 will air on Nine in Australia on Monday, April 20 at 7.30pm.