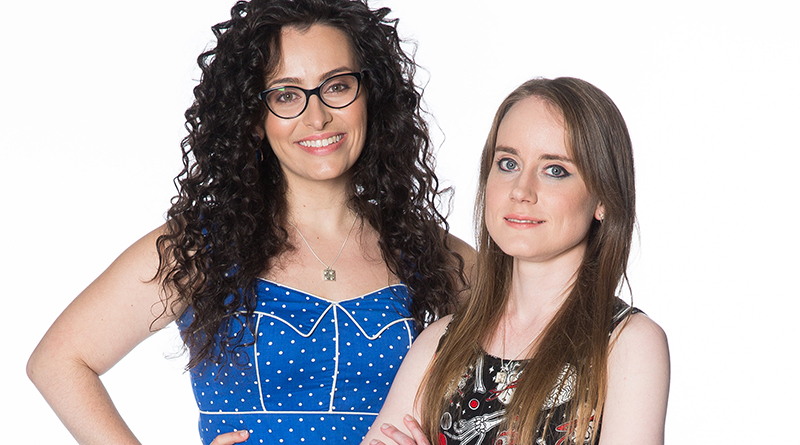 Brick Fanatics is speaking to the LEGO MASTERS Australia Season 2 contestants to find out more about them and their passion for the hobby. While Annie has been a LEGO fan since she was a teenager, Runa is newer to the brick

In this exclusive interview, Brick Fanatics finds out more about Annie and Runa.

Annie: I found LEGO as rehabilitation after my brain infection. It was a simple and colourful way for me to regain skills like reading and writing, and also brought me joy through very hard times. I was having up to 50 seizures an hour at the peak of my illness so LEGO was something to truly look forward to when I was able to sit up. After falling in love with LEGO as a teen, and recovering from the severity of my illness, I found my way into the AFOL community and began volunteering at Australia’s premier LEGO fan convention, Brickvention. That was 10 years ago now – now I visit Brickvention and celebrate Lego annually with the AFOLs of Australia.

Runa: I didn’t have a dark age as I actually only got into LEGO a few years ago. My first set was the little Rey’s Speeder set which I bought in 2016. By the end of 2016 I had planned and built my first big LEGO MOC which was a model of my favourite video game character – Spyro the Dragon.

Runa: I enjoy the challenge of trying to recreate something using LEGO bricks, for example video game characters or animals. I don’t have a lot of room for building so I generally just start building sitting on the floor and store my builds in boxes when I’m not working on them.

Annie: I personally love minifig habitats and intricate streetscapes. I have a little shop, so often the whole floor is taken over by beautiful bricks. My kids love to get involved too.

Runa: I have a small collection of sets and individual bricks. I generally just buy what I need for a planned build, so I don’t have much of a collection.

Annie: I sure do. I love my Harry Potter and City sets, and loose bricks from LUGbulk for all my building dreams.

Runa: I spend a lot of my time staring at a computer screen writing and analysing data so I enjoy the chance to do lots of creative hobbies when I get some free time. Some of the other hobbies I have just gotten into include crafts, oil painting and also digital painting.

Annie: Creatively, I work within symbology and tea is a big part of my life too. My passion and hobbies within tea became my business – teawithannie.com – where I read tea for people and create beautiful stories from their imagery. I also paint and sculpt – when I’m not raising my tiny humans.

Annie: Not quite. There are some amazingly talented builders on this planet. I know from watching them fill Brickvention each year. But I knew that teamed with Runa we could give it our best shot. She is a stunning creative.

Runa: I had no idea what to expect going into the auditions. I was pretty excited but wasn’t sure if we’d make it on to the show.

Runa: I didn’t have much time to practice or learn new techniques before the show but I did take some time to sit down and watch a few episodes of Season 1 just before we began.

Annie: Runa and I did some planning and practice, meeting up and sharing ideas online.  I got stuck into my brick bag with my kids too to get in the groove.

Annie: It was magical stepping into that brick pit. I think my mind went blank and I forgot where I was. The possibilities in that pit are endless.

Runa: The whole atmosphere was incredible! It was as just amazing to be there and realise that I was alongside some of Australia’s best builders and it was all real.