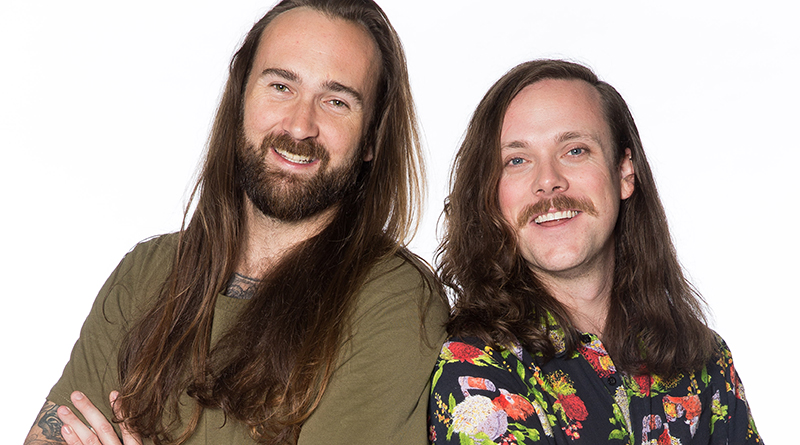 Brick Fanatics is speaking to the LEGO MASTERS Australia Season 2 contestants to find out more about them and their passion for the hobby. Jackson and Alex came out of their dark ages shortly before applying for the show

In this exclusive interview, Jackson and Alex tell Brick Fanatics about how they became LEGO fans and their preparation for LEGO MASTERS.

Jackson: I was given my first LEGO set around the age of five and from that point I was hooked. I would use every birthday, every Christmas, and every excuse in between to get my hands on more LEGO! My first set was number 6034, Black Monarch’s Ghost. I still have the little glow-in-the-dark ghost minifigure.

I kept playing with LEGO right up until my early 20s. After finishing high school, I went to uni to study architecture. I continued to use LEGO to create sketch models and concepts. After finishing my studies and moving away from architecture, I put LEGO down for a long time – those were my dark ages.

Alex: I started playing with LEGO when I was very young. There were no toys that could hold a candle to LEGO in my eyes.

I don’t remember my first set specifically but the set that really cemented LEGO in my life was the 1999 Star Wars 7130 Snowspeeder. I built and rebuilt that set over and over again. There was something about being able to build a vehicle from one of my favourite Star Wars scenes and hold it in my hands that really captured me, it was so tangible. From then I was completely hooked.

I definitely went through a dark age, from high school onwards I only built the odd Star Wars set here and there. Seeing the first season of LEGO MASTERS Australia was a real catalyst for me to pick up the bricks again.

Alex: It’s hard to look past Star Wars sets as my favourite models to build, I just love using LEGO to bring the Star Wars universe to life. But recently I’ve been getting really into modular buildings, Jackson and I have come up with some unusual ideas for modular MOCs that hopefully we’ll be able to build some day.

Jackson: I have a huge antique statesman’s desk which I’ve converted into a brick pit. There’s enough drawers to hold (most) of my sorted LEGO, and plenty of desk space to spread out and get messy with it.

Alex: I don’t collect LEGO sets in the sense that I try to buy all the sets from a theme. But I do try to get my hands on the sets that catch my eye. I’ve got a bunch of LEGO Star Wars sets, Creator cars, and a few other sets that have really caught my eye over the years. Aside from that I’ve got a few boxes full of assorted LEGO from my childhood that I really need to get around to sorting.

Jackson: I’m really into the vehicles and Creator range at the moment – I’ve got the Kombi, the Harley, the Aston Martin and the Defender and have my eye on the Mustang next.

Jackson: I’m fortunate enough to be able to do my other creative hobbies for a living – I work in a tattoo shop and manage my own mural painting business. I also love pottering around on the piano, but I’m not very good!

Alex: I’ve been playing the guitar since I was around seven, music is a real passion of mine and is a great creative outlet. I’ve played in a few bands over the years – writing collaboratively with other musicians is really gratifying and definitely taught me some valuable skills for LEGO MASTERS.

Alex: Not at all! Having only recently returned from the LEGO dark ages, Jackson and I knew that there were going to be a lot of people with technical skills far better than ours. We just gave it our best and tried to have fun with it as much as possible.

Jackson: Honestly, we didn’t think we would have much of a chance. We knew we had both only recently emerged from our dark ages and we’d be up against some serious LEGO aficionados.

Jackson: We had to make up for a lot of lost time, as we knew we’d be competing against some real LEGO heavyweights. We set up my art studio like the Brick Pit, with all our LEGO in one area and a workbench set up in a separate area, so we had to get used to running back and forth. We also invested a few hundred dollars into a stack of LEGO textbooks to bolster our mental library of techniques.

Alex: We set ourselves little challenges based on what we’d seen in the first season of the show.

Alex: It was totally surreal stepping under that roller door for the first time and seeing Hamish and Brickman standing in front of us, but it felt strangely familiar after watching the first season. The reality that we were actually competing on LEGO MASTERS hit very hard in that moment and I got very nervous. One of the best things about being on LEGO MASTERS is that it’s a team competition and having Jackson there to settle the nerves was pretty awesome.

Jackson: It might sound like a cliché, but stepping into the build room that first time was absolutely surreal. Having watched the first season several times over, I had the layout of the room totally committed to memory and so it felt strangely familiar, even though I’d never stepped foot in there before.