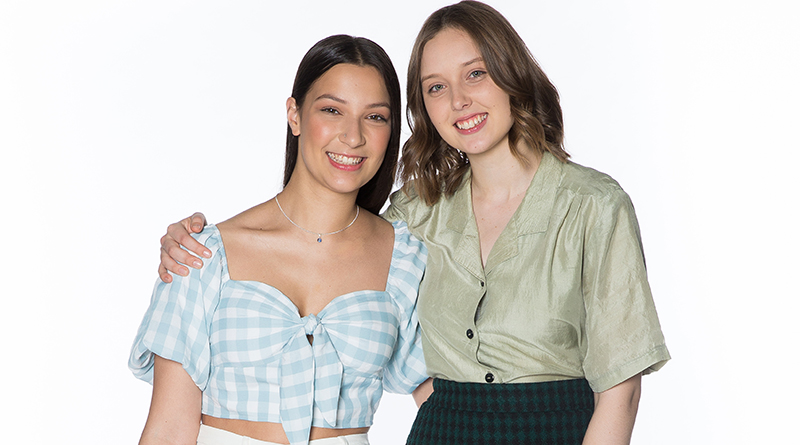 Brick Fanatics is speaking to the LEGO MASTERS Australia Season 2 contestants to find out more about them and their passion for the hobby. Best friends Summer and Iona are bringing their competitive spirit with them

Summer and Iona discuss their LEGO experience and creative sides in this exclusive interview with Brick Fanatics.

Summer: My LEGO background is mainly with Mindstorms and LEGO robotics. I never really had a dark age as by the time I was growing out of toys, my little sisters began to play with LEGO so I got to build with them.

Iona: I started off as most people do, playing with DUPLO as a young kid, building random shapes. Probably when I was around seven or eight my parents gave my brothers and me a Lego City aeroplane which was my first set. In middle school I competed in the First LEGO League competitions, which is basically building and programming a Mindstorms robot to complete an obstacle course. My team did pretty well, making it to the nationals twice and the internationals once in our final year.

Iona: I think my favourite thing is building sets, I find it calming just mindlessly following the instructions and watching something come to life before my eyes. I usually build in my living room.

Summer: I really love building LEGO Mindstorms robots. Most of my building is just done in my bedroom on my desk.

Summer: I’ve been collecting larger bulk vintage sets of bricks, but I only really buy sets as I want them.

Iona: I am not actually a huge collector of Lego unlike some of the other contestants (ask Stani!), I have a couple of sets and a small amount of bricks that I make things from and then pull them apart again.

Iona: I am studying to become a filmmaker, but I also love to sew and crochet and do a bunch of crafty things. I am also pretty involved in my local arts community, regularly volunteering at the art gallery to organise events for teens, give tours and run workshops.

Iona: Absolutely not, in fact we were almost certain that we wouldn’t even get a response to our first application, and every stage of the process we thought would be our last. I feel like that’s normal though, I don’t think many people apply expecting to get on.

Summer: It was a nerve wracking process, but I was mainly excited to get the chance to work with my best friend and show how much fun we have building with LEGO.

Summer: Iona and I watched all of Brickman’s behind the scenes tips and practiced some different types of builds together.

Iona: We just built stuff out of the LEGO we had, which turned out to be a very different experience than building on the show. We also tried to finish up as many uni assignments as possible so that we could really focus on LEGO while filming.

Iona: Pretty cool! It was so strange to find myself in a place that I had only ever seen on TV and had never expected to visit.

Summer: Nothing can prepare you for seeing millions of bricks in one place! It was so satisfying to see them all so organised and very overwhelming.