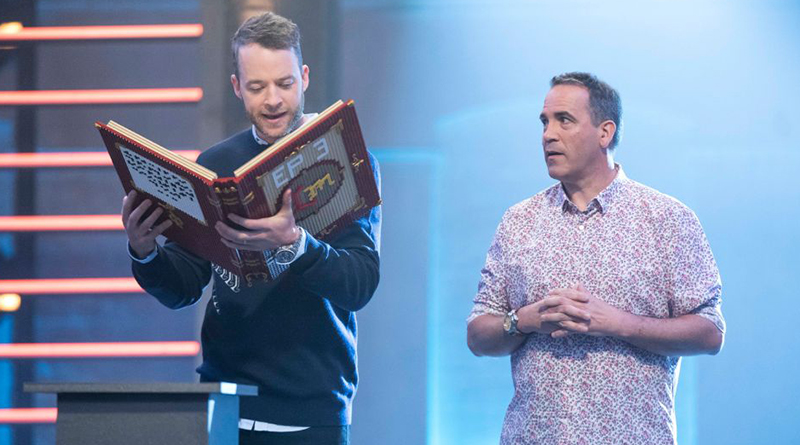 Fairy tale builds do not always leading to a happy ending, as one team discovers in the first elimination episode of LEGO MASTERS Season 2

Things are becoming serious in LEGO MASTERS Australia Season 2, with one pair of builders heading home from the competition. Host Hamish Blake challenges the builders to put together fairy tale builds that depict the story with judge Ryan “Brickman” McNaught on hand with helpful advice for the contestants to ignore.

Andrew and Damian continue to be the early frontrunners, as the episode misleadingly gives the feeling that their Jack and the Beanstalk build is not a success. While initially it does not seem to be standing, shortly after getting it upright they add the giant before they seem to have miraculously added a top section and dozens of leaves and vines. It is an awfully impressive build that is something more than anyone typically sees at a LEGO convention.

At a more traditional scale, Jackson and Alex deliver an exceptionally polished build, recreating the sweet covered house from Hansel and Gretel. While they do a great job of making the outside look fantastic, along similar lines to last year’s Creator Expert Gingerbread House, they contrast the inside by creating a spooky witch’s lair.

Other teams struggle a bit more with this challenge – Jay and Stani build an impressively tall tower, but their Rapunzel scene feels a bit static. Trent and Josh come in for unduly harsh criticism on their build, with the impressive castle setting the stage for the Cinderella story – although Brickman highlights some errors in the build that are more deserving of negative points.

Tim and Dannii build a great model but make the mistake of forgetting the beanstalk part of Jack and the Beanstalk. Jennifer and Jodie seem to push themselves with their Ugly Duckling model, although it is hard to tell whether their skill level is up to the level required for this competition.

Entirely fairly, Annie and Runa are sent home. The odd couple duo are not able to build the mermaid in The Little Mermaid, with their main structure also looking way too blocky. Runa does seem to be a talented LEGO creative, but the time constraints in these challenges perhaps do not lend themselves to her thoughtful approach.