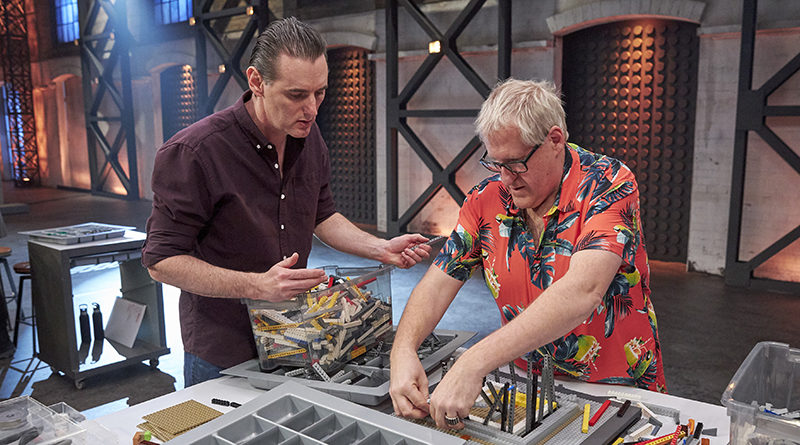 Toppling towers challenge the teams in the latest episode of LEGO MASTERS Australia, with the last structure standing set to get the win

Another great challenge makes LEGO MASTERS Australia compelling viewing yet again. In this episode, each team must build a LEGO tower that is the same height width. How they do it is up to them – and key to winning immunity from the next elimination. Once complete, the towers will be shaken by a machine, with the intensity cranked up until the structures fail. The last tower standing will be the winner.

What makes this instalment so fascinating is that every team takes a different approach to building their tower – Jackson and Alex manage to entirely pack theirs with bricks while Trent and Josh opt for an entirely Technic approach. Few people would know the solution to this problem, so getting to see everyone try different methods is really fascinating.

Hamish’s pride over his Year 12 maths achievement provides some levity, as does the delight with which Jackson and Alex are able to tell Ryan McNaught, “cop it, Brickman.” This episode really captured the happy, light spirit that makes this show so special – seeing the competitors interact and support one another really shows the best of people.

Special props should to go to Trent and Josh’s build, as they include references to previous builds in the show, including the famous shark tank and the mysterious eyes symbol.

Yet again in LEGO MASTERS, the standard that the contestants work to impresses – three teams manage to have their structures survive the shaking all the way to 11. Not only that, but all of the teams make a good effort at making this functional models look great too. Unlike some of the other international versions, the Australian show feels like it really does have the best of LEGO fandom representing.

Tim and Dannii deserve their win, making an incredibly fun build that looks fantastic as ‘popcorn’ falls everywhere. That is another thing that makes LEGO MASTERS great – no-one could have this happen at home, but in this series, brick aficionados get to see these crazy ideas brought to life.