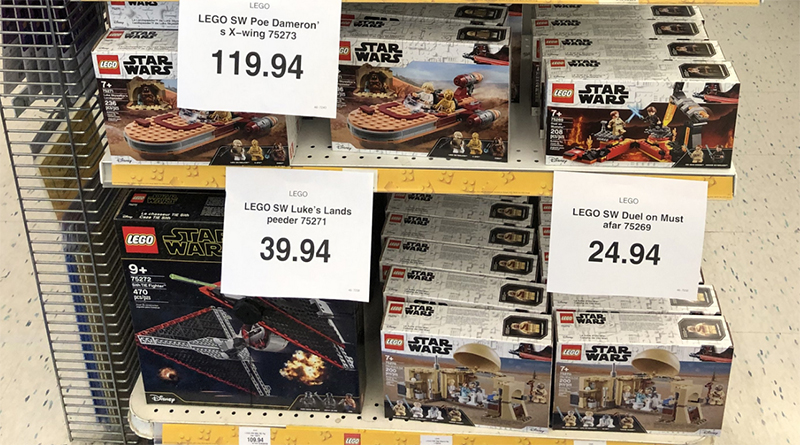 After starting to turn up in the UK, the new LEGO Star Wars 2020 sets have arrived in Canada.

Toys R Us in Canada has started selling the new LEGO Star Wars sets early. Rebelscum reports that the store in Windsor, Ontario is selling the following sets early:

One of the most desirable sets from the LEGO Star Wars wave, 75267 Mandalorian Battle Pack, was not spotted.

While sets have also been turning up in the UK early, these are not expected to launch in Canada unilt January 1 – so it is an opportunity for fans to get them a full week early. Some of the 2020 releases will be available immediately on Boxing Day.