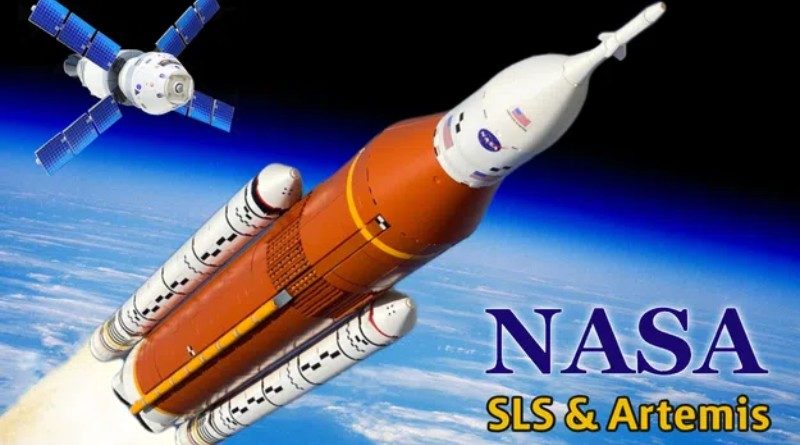 NASA continues to be a popular topic on LEGO Ideas as a project based on the Space Launch System reaches the coveted number of supporters to potentially become a real LEGO set.

Matthew Nolan is the creator behind the NASA’s SLS & Artemis LEGO Ideas project which managed to finally hit 10,000 supporters last night. Now, the model proceeds into the current round of the LEGO Ideas review, where it will be judged to potentially become a real LEGO set.

The project proposes models of two of NASA’s ongoing projects, the Space Launch System and Orion spacecraft, which will embark on three lunar missions under the Artemis label. The SLS build measures 126 studs high, stretching just over one metre tall. An optional display stand holds the massive model in place and an update proposes a second display stand for the Orion spacecraft.

This isn’t the first NASA model to reach 10,000 supports on LEGO Ideas with multiple space-themed projects making it to the review periods in the past. Perhaps the most memorable of these is the 21309 NASA Apollo Saturn V, which was recently reintroduced as 92176 NASA Apollo Saturn V. This also isn’t the first of Matthew Nolan’s projects in a LEGO Ideas review with two other models making it before this. Neither were approved but perhaps this is the time for one of his Ideas to launch.

This is the This is the 15th project in the current round of the LEGO Ideas review. Here are all the models to make it in so far:

NASA’s SLS & Artemis
LEGO bookends
Metroid: Samus Aran’s Gunship
Hyrule Castle (The Legend of Zelda)
The Karate Kid “Wax On, Wax Off”
Scania Next Generation S730
4½-Litre 1927-31 Bentley ‘Blower’
Asterix and Obelix
The Simpsons – The Krusty Burger
The House of Chocolate
The X-Files: I Want to Believe
Castle of Lord Afol and the Black Knights
Among Us: The Skeld Detailed Map
The Office
The Shire