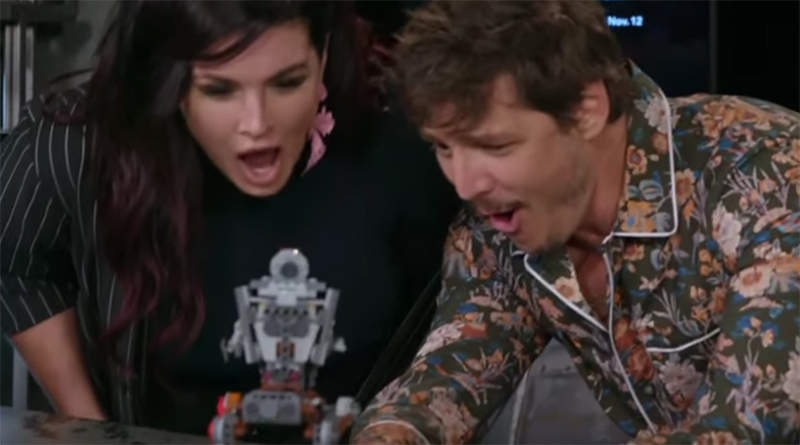 Pedro Pascal and Gina Carano, stars of the new Star Wars streaming series The Mandalorian, were presented with 75254 AT-ST Raider during a special product presentation.

LEGO Star Wars 75254 AT-ST Raider is the set based on Star Wars: The Mandalorian that will officially arrive on October 4, but has already started turning up in stores. It includes minifigures of the titular character and Cara Dune, who are played in the sereis by Pedro Pascal and Gina Carano respectively.

The two actors appeared in a pre-recorded segment as part of Thursday’s Triple Force Friday livestream to take a look at the brand new set including their tiny doppelgangers. It is the first time that these actors and characters have been immortalised in LEGO form, and they seem delighted for the occasion.