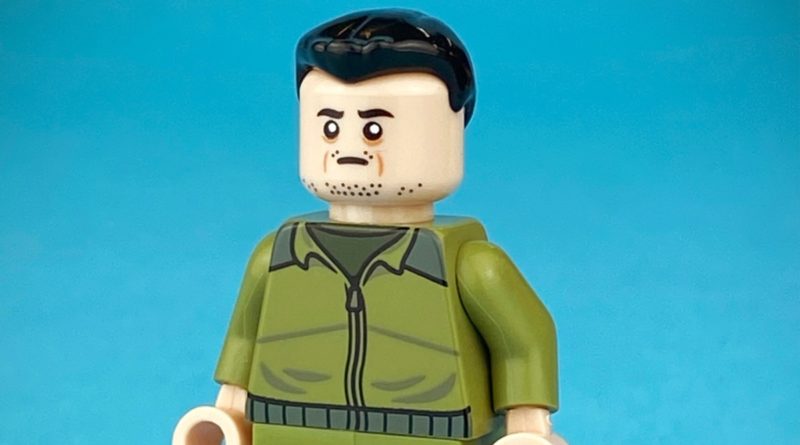 The Chicago-based company’s founder Joe Trupia told the Washington Post that ‘I had to act using what I had’, following the devastating images and videos coming out of war-torn Ukraine. His response was to design and sell minifigures of Ukrainian president Volodymyr Zelenskyy, along with tiny molotov cocktail elements printed with the Ukrainian flag.

His initial fundraiser last month amassed a healthy $16,540 for Direct Relief, a charity that provides emergency medical assistance across the globe, in just 24 hours. Following the success of that initiative, Citizen Brick – which is not affiliated with the LEGO Group – launched a second batch a few days later, bringing the total money raised to $145,388.

Since Russia’s invasion of Ukraine began in February, Zelenskyy – once a comedian, now a leader during wartime – has stepped up as a figurehead on the front lines of the conflict, vowing to remain in charge of his government despite apparently being marked as ‘target number one’. It was that commitment to his country that inspired Trupia to create his custom LEGO minifigure.

“He’s a guy who could’ve fled the country with a suitcase full of money and instead he’s sticking by his people,” Trupia told the Post. “I was just so impressed by his steadfastness and the hope he seems to give to people.”

The molotov cocktails, meanwhile – which use a standard green bottle piece, printed with the Ukrainian flag, coupled with a flame element – have also become a symbol of Ukrainian resistance, with citizens volunteering to assemble them by the thousands. But they’re perhaps also a little more controversial (at least in LEGO terms) than the Zelenskyy minifigures, a fact Trupia is well aware of.

“The irony of selling a little toy incendiary device in order to buy medical supplies for refugees isn’t lost on me,” he added. Across both fundraisers, on March 5 and 18, Trupia sold two Molotov cocktails for $10 and Zelenskyy minifigures for $100 apiece. And he said the response far surpassed his expectations – and his production capacity.

“I really wish we could do more, but we weren’t really outfitted for it,” he said, adding that news of his initiative has also reached people displaced by the war. “Some kids have written saying, ‘I really like LEGO and I had to leave my LEGO collection behind. I know I can’t get one now, but do you think you can hold a President Zelenskyy figure for me until after we win the war?’”

“I know I can’t get them one for now, and I’m hoping that I can do so in the future, but there seems to be this kind of real thread of optimism from the people there. They’re really very resilient, and it just kind of makes us wish we could do more of this for them.”

Support the work that Brick Fanatics does by purchasing your LEGO using our affiliate links, and click here to support people in Ukraine by donating to Direct Relief.